Home Latest News ‘What is Your Evidence?’

‘What is Your Evidence?’ 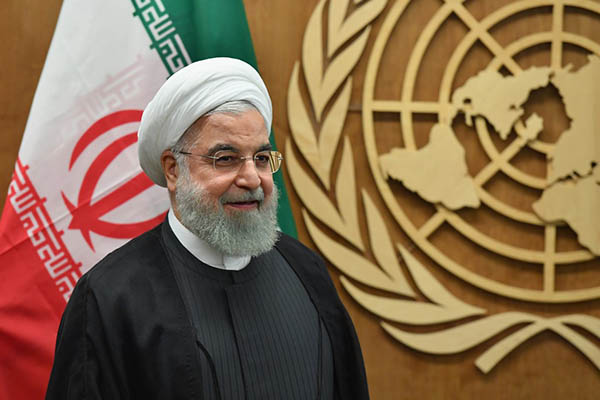 Iranian President Hassan Rouhani challenged the U.S. and others on Thursday to provide evidence to back up their accusations that Tehran carried out this month’s attack on a Saudi oil facility.

“Those who make the allegations must provide the needed proof. What is your evidence?” he told reporters in New York, a day after addressing the U.N. General Assembly.

The United States and Saudi Arabia have both, to varying degrees, blamed Iran for the strikes on the kingdom’s Abqaiq plant and the Khurais oil field, which knocked out half of Saudi Arabia’s oil production. France, Germany and Britain, which all remain committed to a nuclear deal with Iran that the U.S. withdrew from last year, also pinned the blame on Iran this week.

Tehran has blasted the allegations as “ridiculous.” It denies responsibility, and the attacks have been claimed by Yemen’s Iranian-back Houthi rebels.

“If you do have any evidence or documentation please do make them available to me,” Rouhani said, adding that the U.S., France, Britain and Germany “should stop” supplying weapons to Saudi Arabia. The Iranian leader also said he would “of course” hold talks with the United States if President Donald Trump lifted sanctions and ended his policy of maximum pressure on Tehran.

Speculation was abuzz that the leaders of the arch-foes would meet on the sidelines of the General Assembly this week but Trump returned to Washington without a rendezvous taking place.

Rouhani has made the easing of economic pressure a pre-condition for any talks. “If we reach a time when these preconditions are taken off the table, of course the possibility exists to talk with America,” he said at Thursday’s press conference.

French President Emmanuel Macron had shuttled between his U.S. and Iranian counterparts over two days at the U.N., trying to arrange an encounter that he hoped could help de-escalate tensions in the Middle East. “I don’t want to say that such plans will never be realized,” Rouhani said of Macron’s attempts at setting up a historic bilateral meeting.