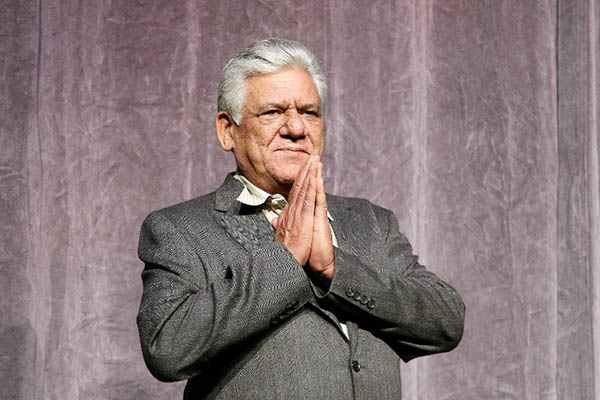 Indian actor Om Puri died of a heart attack weeks after a confrontation with anti-Pakistan fanatics in his homeland over demands to ban Pakistani actors from Bollywood films. A popular actor with a fascinatingly broad thespian capacity, Puri was shocked at the way he was treated when he defended India’s openness against street power determined to barricade the country against cultural communication.

Om may have died at the relatively young age of 66 because of the shock he received from the rough TV confrontation with his detractors. Amid the bad blood, India seemed to forget what he had achieved throughout his wide-ranging career. He portrayed all sorts of characters in countless movies that made big money on the cinema circuit. He played several Pakistani characters in British and Hollywood films and visited Pakistan often, featuring in Pakistani film Actor-in-Law in 2016. He was at home with his Punjabi hosts and was touched by the affection he was shown by them. His pride at the praise his country received was always quite apparent, convincing him that India had gotten further with “soft power” than with hard muscle on the Line of Control.

India has what most free societies have over ideological states: soft power. The BJP street power decision to oust Pakistani actors from the Mumbai film industry threatens this power. Pakistan’s knee-jerk ban on Indian films has not worked, proving that soft power can’t be countered the way an armed attack can be. Cinemas in Pakistan—after a brief boycott—have decided to once again show Indian movies to avoid collapse. The Pakistani myth—that the domestic film industry will pick up after the ban—has been effectively rubbished. The Pakistani filmgoer would rather lean on pirated films rather than suffer footage tethered to ideological fiats of hatred. For BJP, Om Puri’s message was simple: you hate someone intensely enough, you become just like him.

The height of intolerance in bunderstan.This intolerance has been created by hate mindset by the govt.,RSS and media of bunderstan.One day this will turn round and destroy their country for ever.Shameless peoples attitude to opposition to their sick mind.

“…died at the relatively young age of 66 because of the shock he received from the rough TV confrontation with his detractors”. Flight of fancy coming from a generation brought up on a steady diet of conspiracy theories.