Home Lightbox What the Bomb Bestowed

What the Bomb Bestowed 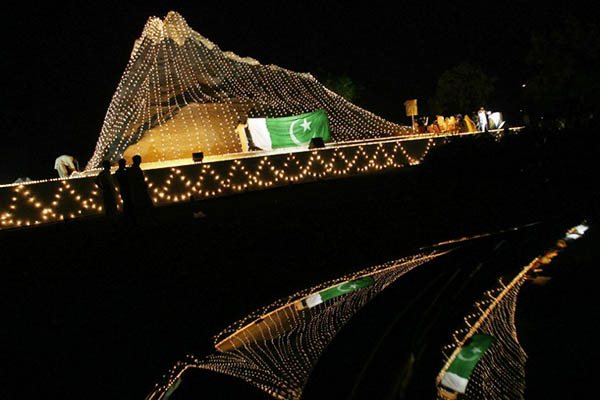 Pakistan’s economy must take precedence over its nuclear weapons

On May 28, 1998, Pakistan made public its possession of an atom bomb by testing it in Balochistan. Nearly 20 years later, that act still informs Islamabad’s foreign policy and relations with its neighbors. From the outset, the bomb was a “defensive” weapon meant to deter India and cancel New Delhi’s superiority in conventional arms. It also canceled any political attempt to settle disputes with India through “flexibility” of approach. It bestowed additional pride by being the only “Islamic” bomb in the world.

In testing the bomb, Pakistan thought itself in a better position to offer stiff terms to India. Its delivery system sent a clear message that if New Delhi misbehaved through escalation of conventional war it had the ability to hit any part of India. For deterrence, it had to embrace “first strike.” But the punishing munitions defied reason because of lack of a “buffer zone”: India is physically too close for Pakistan not to be destroyed by its own weapon. The debacle at Kargil proved a further stumbling block, resulting in a scared world berating Islamabad for breaking the unspoken rules of nuclear deterrence.

Illegal proliferation was originally touched off by Israel. Iran too began building its own device, ostensibly as a deterrent against the Jewish state. Then came an unforeseen moment: the Iran-Arab conflict across the Gulf that persists to this day. Pakistan’s ties with Saudi Arabia have prompted Iran to see Islamabad as an ally of the Arabs. While unspoken, Tehran’s bomb is seen as a bulwark against any potential benefit Saudi Arabia might derive from Pakistan’s bomb. This threatens Pakistan’s heretofore “Islamic” bomb with a new label: a “Sunni” bomb versus Iran’s “Shia” bomb.

A slow-burning cross-border conventional war is currently festering between Pakistan and India. The pride bestowed by nuclearization obviates resolution of disputes. Pakistan has suffered economically; India has not. Economic challenges in Pakistan have drastically lessened the importance of the bomb, as evidenced by a reduction in the proposed budget for Pakistan’s Atomic Energy Commission for fiscal 2017-18. A growth-rate above 7 percent of the GDP is more urgently required than the expensive bomb in the attic.