What’s New in the Republican Plan to Replace Obamacare? 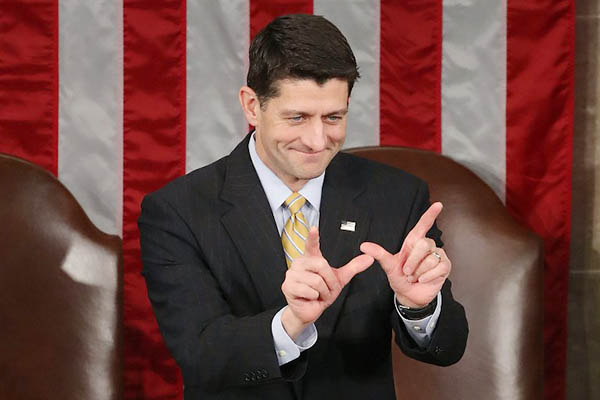 Changes to legislation remove mandatory coverage but retain right of dependents to remain on parents’ insurance plans until 26.

Trump praised the new plan, years in the making, as “wonderful” on Tuesday, while Republican leaders call it a crucial pivot toward more patient-centered, free-market care. Democrats meanwhile savaged what they called “Trumpcare” as an immoral shift of costs from wealthy to poor and working-class Americans, a giveaway to the rich that will force millions to pay more for coverage.

Here are key points about the current system known as Obamacare—which is credited with helping 20 million Americans acquire coverage but has been blamed for rising premiums and other costs—and the proposed changes in the Republican substitute.

The replacement bill scraps those conditions in favor of a system of tax credits aimed at shifting that punishing stick into a carrot. Offering refundable tax credits, the argument goes, provides incentive for people to purchase insurance on the open market.

The credits would range from $2,000 a year for someone under age 30, rising to $4,000 for someone 60 or older. Families would get a maximum $14,000 in credits. Democrats warn that those credits are on average less than the subsidies built into the premiums under Obamacare.

The Republican substitute “repeals taxes on prescription drugs, over-the-counter medications, health insurance premiums and medical devices,” according to Brady and Walden. It also postpones the so-called “Cadillac tax”—a 40 percent charge on high-cost employer-sponsored health coverage, until the year 2025. And it no longer will limit the tax break for employer-sponsored health coverage.

Obamacare allowed the expansion of Medicaid, the insurance program for the poor. The new bill phases out reimbursements to states that underwent the expansion, opting instead for a “per capita allotment” of funding to each state based on the number of enrollees in its Medicaid population. It also eliminates Medicaid minimum coverage requirements enshrined under Obamacare.

The new legislation provides for $2 billion per year in “safety net” funding for states that did not expand Medicaid.

Despite Republican calls throughout last year’s election campaign to completely kill off Obamacare, the substitute aims to keep two very popular provisions. It protects the rule that insurance companies cannot refuse coverage to anyone due to a pre-existing condition, and it allows dependents to remain on their parents’ insurance plan until the age of 26.

House lawmakers will review the bill in committee on Wednesday, but without key information: a scoring by the Congressional Budget Office, which estimates the costs of a piece of legislation to the federal government. Republican leaders have also not estimated how many Americans might gain or lose coverage under the new law.

With minority Democrats expected to unanimously oppose the plan, the Republican majority will need unity to get it over the finish line. But a conservative backlash has begun.

Several Republican senators have spoken out against the tax credits, arguing they are just a government handout like Obamacare subsidies by another name. Republican governors and lawmakers from states that expanded Medicaid have warned against any measure that disrupts current funding structures and consequently leaves vulnerable citizens without coverage. Conservatives are eager to repeal the current law. But “if leadership insists on replacing Obamacare with Obamacare-lite, no repeal will pass,” warned Republican Senator Rand Paul and congressman Mark Meadows on Monday.

The looming battle will be fierce. The bill needs to clear both the House and Senate before earning Trump’s signature. In the Senate, Republicans hold a 52-48 majority, meaning three Republican defections could sink the bill.