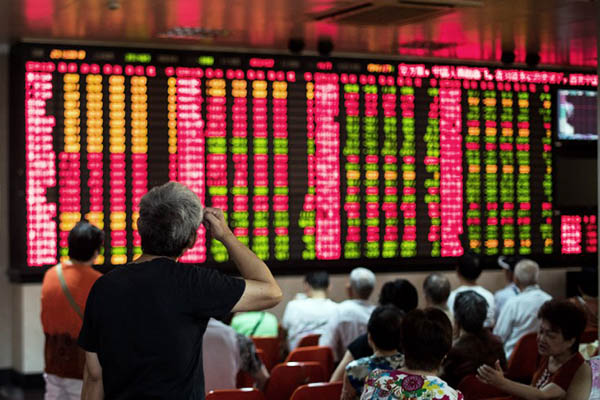 An overview of what the recent slowdown in the Asian giant’s economy could mean for global finances.

Global stocks have been hit hard over concerns for the Chinese economy, with a gauge of the country’s manufacturing activity on Friday providing the latest sign of a slowdown in the world’s second-largest economy.

Although China, a major engine of global growth, has been slowing for some time, financial markets in China and elsewhere have tumbled. Here are a series of answers to key questions on the subject:

Why are financial markets so gloomy about the Chinese economy?

China’s economy expanded 7.4 percent last year, its weakest since 1990, and has slowed further this year, growing 7.0 percent in each of the first two quarters.

It is a far faster growth rate than most other major countries, but a surprise currency devaluation last week raised suspicion that the economy is worse than officials have revealed. Coming on the heels of a stock market rout in June and July has added to the gloom. China’s second quarter gross domestic product (GDP) figure exactly met the government’s full-year target of “around” seven percent, leading some analysts to question the announcement, which came after several weak indicators. China has long faced accusations that the government massages economic figures during times of slowdown.

Why is slowing growth such a problem domestically?

Experts say China’s ruling Communist Party needs to deliver improved living standards, lifting more people out of poverty and satisfying the growing middle class, in exchange for acceptance of its rule. The government also needs to maintain a minimum level of economic growth, which some analysts put at seven percent, in order to create jobs for millions of people and prevent social unrest.

Why is slowing growth a problem internationally?

With Europe’s economy weak and the U.S. preparing for lift-off, the world has looked to China’s thirst for raw materials to keep its economy humming. With more than 1.3 billion potential consumers, the country is also a big market for manufactured goods such as cars. Any weakness in demand could be keenly felt by producers.

Is the panic justified?

Analysts are mixed on the question. Weaker manufacturing activity could be partly a reflection of a Sept. 3 holiday to mark the end of World War II, which has caused production halts, and last week’s explosions at the port city of Tianjin—a major center for industry.

“The multi-year low in the PMI [purchasing managers’ index] confirms that the economy is still not on a solid footing and [we] look for a flat growth profile in H2, with continued downside risks,” Barclays Bank said in a research note. But others said China still has plenty of weapons in its arsenal, including further cuts in interest rates and fiscal spending.

“We continue to believe that sentiment is currently overly downbeat and that policy support will limit the downside risk to economic activity over the course of the next couple of quarters,” Capital Economics said.

Still, there are fears market volatility could derail economic reforms and cause the government to fall back on pump-priming instead of shifting to domestic consumption for more sustainable growth.

Where next for China’s stock market and currency?

The Shanghai stock market is now at almost exactly the same level as the bottom of a recent market rout on July 8—just as Beijing stepped in with a vast rescue package. Analysts say the stock market might go lower, though so far the government’s “national team” has bought stock to defend the key 3,500-point level.

After a shock currency devaluation of nearly two percent on Aug. 11, which caused the yuan to tumble almost five percent last week, the unit is widely expected to weaken more against the U.S. dollar, although the central bank is likely to intervene to prevent steep slides.

Japan’s Nomura expects the yuan, currently around 6.4 yuan to the dollar, to depreciate further to 6.6 by the end of the year.