Home Scope When the Media Attacks

When the Media Attacks 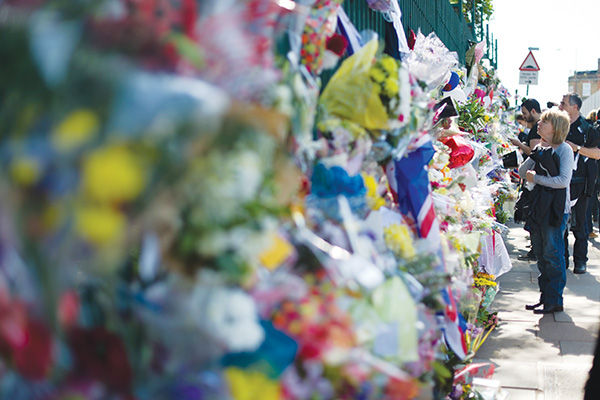 How the British press became the tool of brutal killers.

It was not the British media’s finest hour. As news of the horrific killing of British soldier Drummer Lee Rigby, 25, filtered onto social media, it was accompanied by dire warnings: “Don’t trust Twitter … Only believe in reputable news sources.”

But professional news organizations were both slow and wrong. One eyewitness, a musician and filmmaker with the Twitter handle @boyadee, vividly tweeted details about the attack in his South London neighborhood by two “black men” with knives and meat cleavers. Hours later, courtesy of a government briefing, the BBC’s chief political correspondent Nick Robinson described the suspects as “of Muslim appearance,” a bizarre solecism he has since apologized for.

The British press didn’t do much better the following morning. Like many other papers, the liberal-leaning Guardian led with the rant of Michael Adebolaj, one of the alleged attackers, emblazoning “You people will never be safe” on its front page. As the political activist Sunder Katwala pointed out in the New Statesman, most of Fleet Street obligingly spread “the message of the murderers” and handed them “the media megaphone.”

Thirty years ago during the Northern Ireland conflict, Margaret Thatcher talked about starving “the terrorist and the hijacker of the oxygen of publicity” as she banned voice broadcasts by Gerry Adams and other Sinn Fein leaders. Broadcasters, in turn, responded by having actors lip-sync those interviews.

In this case, social-media users showed better editorial judgment than the established press. Twitter user @boyadee said he had been offered as much as £75,000—or about $113,000—from media outlets to tell the story of what he saw, but he had turned them all down. “It’s not about me,” he tweeted.

Another person at the scene, 48-year-old Ingrid Loyau-Kennett, engaged one of the suspects in dialogue and calmed the tempers before armed police arrived. Of all, she perhaps showed the greatest judgment by rejecting the narrative of terror.