Home Lightbox When Words Can Kill

When Words Can Kill 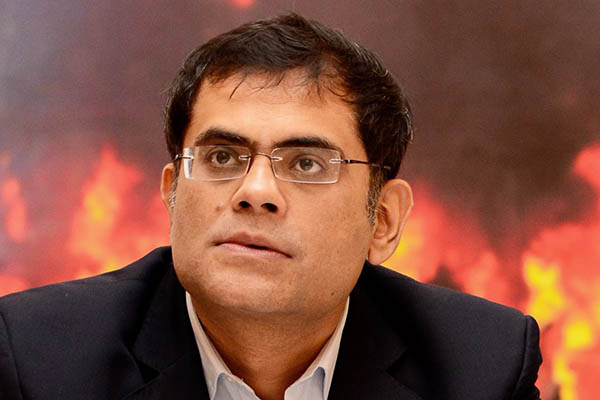 The attack on Raza Rumi and the divided house of Pakistani media.

That the March 28 attack in Lahore on journalist Raza Rumi was cowardly and highly condemnable is to state the obvious. Raza is a nonviolent, nonconfrontationist, evolved man who trades in ideas. Mild in manners, civilized in conversation, he stands his ground firmly but politely. There is no space in his universe for bombs and bullets. In fact, his entire effort as a writer, thinker, and speaker has been to return this country to a more evolved state where differences of opinion do not lead to killing.

And yet, he is a target and has been for a while.

In a country where we have seen much violence and where violence seems to be working in favor of those who perpetrate and perpetuate it, we tend to forget the power of ideas. Not the killers, though. They know that they cannot win until they have silenced everyone who speaks out against their creed, grounded in hate and exclusion. That’s why Raza was and is a threat to them.

Raza survived the attack. He has been very lucky and we, his friends, can only thank God for that. His driver, whose only fault was to be at the wrong place at the wrong time, didn’t. I feel angry at such gratuitous violence, but anger must be tempered with thinking if we have to develop a response to such acts. The attack on Raza is not the first of its kind and given the kind of enemy we are dealing with, it won’t be the last either. So, what, if at all anything, can be done?

First, we have to realize that no situation is entirely hopeless. This is not to say that we can deal with the whirlwind quickly, given how much effort we have put in in sowing the wind. But measures can be taken to address the situation.

Currently, journalists are without any security or even training that can help them deal with such situations with any degree of confidence. Meanwhile, media houses have shown scant regard for their employees’ safety even as the threat has grown. They need to realize that it is not business as usual. People are now writing and speaking in an environment where their words can get them killed. It is insensitive and downright stupid for media houses to encourage people to speak freely and then do nothing to protect them. A TV channel’s responsibility doesn’t end after someone has left the studio. In fact, it extends to protecting the people whose words that channel broadcasts (and which words it profits from).

And while it is the government’s responsibility to unearth groups attacking the media, the media houses themselves have to start investing in providing security to their staff. In such situations the organizations have to be mobilized to become co-producers of safety. Media organizations have to get insured against such threats, and begin to provide security to their staff onsite as well as offsite. The government can help by subsidizing the cost of these measures.

Unfortunately, in saying this I have jumped ahead of another problem: the deadly pettiness that informs the ratings competition among media organizations. Such is the extent of this problem that, with the exception of Capital TV, the attack on Raza was blacked out by other channels. Will we, the working journalists, allow the small-minded nastiness of owners to continue to jeopardize our safety and security? I, for one, am not prepared to accept that.

When the Express News van was attacked in Karachi, I wrote in this space that media houses need to close ranks and take concerted action. My point was that we must signal to these groups that if we are attacked, they will be blacked out, too. They thrive on the spectacle. The way to de-oxygenate them is to deprive them of that. It’s called shared pain. But that requires unity. That unity has been killed by the owners, not the working journalists. Before we hit out at the government, we need to kick our respective organizations into burying their grudges. Media bodies and organizations around the world have done much work on what measures can be taken to reduce the threat. We can share those best practices but only if we can get our organizations to stand as one to counter the threat.

The government cannot provide security to everyone. But it can help in many other ways. For instance, the Interior Ministry has banned weapons licences, including for non- and semiautomatic weapons. In a country where violence has become the order of the day, depriving legit citizens of even the meager means to protect themselves, while the perpetrators of violence have access to all types of weapons and explosives, makes little to no sense. The ministry must be pressured into lifting this ban for journalists. Similarly, while we understand that the government cannot provide journalists, even specific ones, with police protection, it is a terribly sore sight for one’s eyes to see how much security it does provide not just to those who are entitled to it under official protocol but many more who are not. And those many more include clerics and their sidekicks, the very people who have pushed Pakistan into this state.

The government must also realize that it is fighting a war of narratives. That’s where people like Raza come in. How does it intend to win this war if it allows the very people who are helping it fight this war to be silenced with impunity?

Raza has penned an article for Express Tribune. It is a cri de coeur as much as the expression of a grotesque reality. Should it not have been carried by all the newspapers? Is, what he has written, only his problem? No, it’s not. And the sooner we realize that, the better for all of us. Else, we will all be swatted into silence, one by one.

Finally, now that the government is talking to the Taliban Shura, even as attacks continue, it must make clear to the Taliban that if they are sincere in ending the gratuitous violence they have started, they must actively help the government in bringing the outliers to justice. Those who deal with counterterrorism know that the best intelligence comes from within the groups. The Taliban can fool no one by simply saying that X, Y, or Z group is not part of the talks and they can do nothing about that. They can, by providing intelligence on such groups and their activities. This is yet another way in which the government can help those who it is constitutionally mandated to protect.

Does ANYONE in Pakistan (except IK) actually believe what the Taliban say??