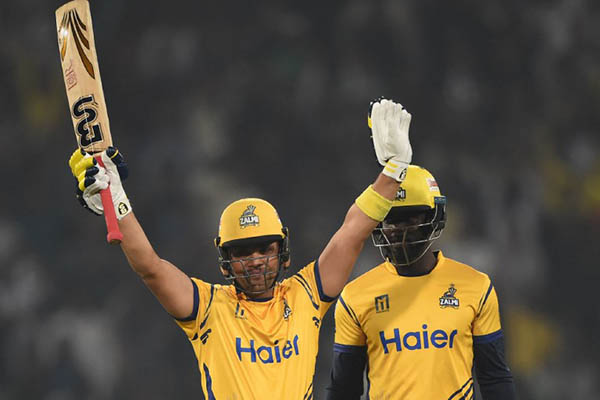 The 36-year-old scored a 27-ball 77 studded with eight well-timed sixes and five boundaries to lift his team to 170-7 in 16-over-a-side game following a rain delay at a packed Gaddafi Stadium.

Joe Denly scored an unbeaten 46-ball 79 and Babar Azam a 45-ball 63 but they were behind the required run rate as Karachi Kings finished at 157-2.

Peshawar Zalmi will now meet former champions Islamabad United in the final in Karachi on Sunday.

Earlier, Kamran smashed the Karachi Kings bowlers at will to take Peshawar to a solid total after they were put into bat by Karachi Kings skipper Mohammad Amir. Karachi were forced to appoint Amir—banned for five years in a spot fixing scandal in 2010—after their regular skipper Imad Wasim and key player Shahid Afridi could not recover in time from injury.

Kamran smashed two sixes and three boundaries in one over from Usman Shinwari but other than him only opener Andre Fletcher was amongst runs, making 34. Kamran is the highest run-getter in this year’s PSL with 424 runs in 12 matches.