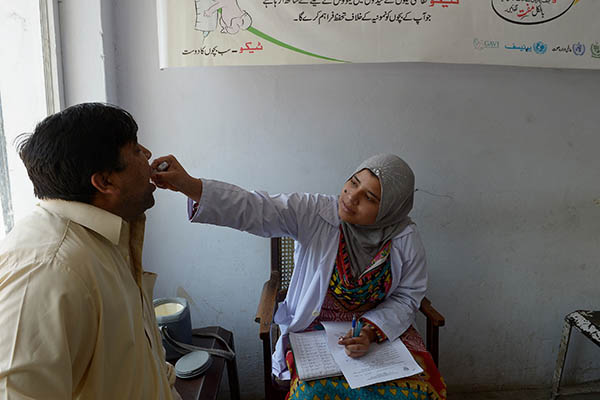 Past CIA-led programs have been cited as being partially responsible for spread of poliovirus in Pakistan.

The White House has promised the United States will no longer use vaccination programs as cover for spy operations after the move was attempted during the hunt for Osama bin Laden in Pakistan.

As Pakistan suffers a resurgence of polio, a top White House official pledged in a letter dated May 16 that intelligence agencies would foreswear the tactic, which is partly blamed for the spread of the crippling disease. Militant leaders are reluctant to embrace vaccination programs after Dr. Shakeel Afridi attempted to help the CIA track down the Al Qaeda terror chief through a fake vaccine project.

“Similarly, the agency will not seek to obtain or exploit DNA or other genetic material acquired through such programs,” the letter added. “This CIA policy applies worldwide and to U.S. and non U.S. persons alike.”

Monaco’s letter was first reported by Council on Foreign Relations fellow Laurie Garrett on Twitter and by Yahoo News.

Pakistan last week announced that residents of its tribal belt would not be able to travel to other parts of the country without getting vaccinated against polio. The order came days after Pakistan said it would set up mandatory immunization points at airports to help stop its polio outbreak spreading abroad, in response to new guidelines by the World Health Organization (WHO).

The WHO warned that polio has re-emerged as a public health emergency—with the virus affecting 10 countries worldwide and becoming endemic in three, including Pakistan—and urged infected nations to implement vaccine requirements for all international travel.

The Taliban and other militants violently oppose polio vaccination campaigns, seeing them as a cover for foreign spying and regularly attack immunization teams. Some 56 people have been killed in such incidents since December 2012.