Home Culture Who Are Daft Punk?

Who Are Daft Punk? 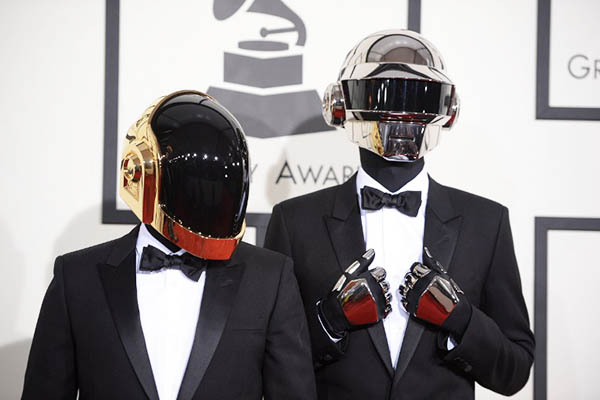 The mystery surrounding Daft Punk, the star French musical duo who usually keep their identities hidden under full-face robot helmets, will be lifted a little more in a new TV documentary to premiere next week.

Daft Punk Unchained, made by BBC Worldwide France and to be shown on France’s Canal+ network next Tuesday, uses rare archive footage and interviews with friends, producers, journalists, DJs and high-profile fellow artists such as Pharrell Williams and Kanye West to trace the rise of the pair who made 2013’s phenomenal global hit “Get Lucky”.

The two members of Daft Punk, Thomas Bangalter and Guy-Manuel de Homem Christo, who first showed their faces publicly in 2014 when they picked up five Grammies for their fourth studio album, Random Access Memories, gave unprecedented approval for the 85-minute documentary. Normally reticent to talk to media, their voices are heard in excerpts lifted from some rare past interviews. In keeping with the enigmatic aura they have cultivated, they largely leave the way they are portrayed to others.

The documentary gives a chronological rundown of Daft Punk’s 20-year career. It recounts their false start as Parisian youngsters in a 1992 rock band called Darlin’ that earned them a poor review in a British music magazine, which dismissed their efforts as “daft punky thrash”—and how they ended up appropriating that as their name as they embarked into electronic dance music.

“Da Funk”, their first commercial hit that came out in 1995, launched them into international stardom. In a break with industry practices at the time, they kept artistic control and were willing to eschew money from their record label Virgin to maintain it. The 1997 video clip for their next big hit, “Around the World”, saw them donning spray-painted motorbike helmets to lend them a robotic air.

Afterwards, they kept the look and took it further, with custom helmets, to build their image, maintain their mystique—and to be able to take them off and escape the problems of fame whenever they liked.

“We have daily lives that are a lot more normal… than the lives of artists who have the same level of fame as us but who might be attached to being physically recognized,” Bangalter says in an excerpt included in the documentary. “Weirdly, the invention of the robots is what allowed them to stay human, to stay completely free,” the chief editor of the French music magazine Inrocks, Jean-Daniel Beauvallet, explains in the film.

At the other end of the spectrum, the documentary shows Williams and West, two big music stars who have worked with Daft Punk but who actively court celebrity.

Beyond the helmets that have become the symbol of the French pair, Daft Punk’s unbending refusal to compromise musically has become their signature. They have taken financial risks, such as producing an animation film by Japanese anime master Leiji Matsumoto, Interstella, with the music from their second album “Discovery” as the soundtrack. “Daft Punk is a group in the history of pop music that perfectly incarnates the desire to stand up for their vision no matter what it costs, not for narcissism but to realize their dreams,” the documentary’s director, Herve Martin-Delpierre, told AFP.

Despite losing some fans with their rushed third album Human After All in 2006, the duo bounced back a year later by staging a superlative light and mash-up concert at the U.S. music and arts festival Coachella.

For their album Random Access Memories, Daft Punk went bigger than before by recording in a commercial studio—rather than their makeshift rig at home—and bringing in Williams and Nile Rodgers, a topline producer who co-founded the 1970s disco band Chic. The release brought Daft Punk five Grammy awards—including album of the year and record of the year for “Get Lucky”—and went platinum, helping to lift their total album sales worldwide to 12 million.