Home Scope Who Fathered Our Bomb?

Who Fathered Our Bomb?

A. Q. Khan wanted to push the button but wasn’t allowed to.

Feroz Hassan Khan doesn’t think Dr. A. Q. Khan is the father of Pakistan’s nuclear project. The former Army brigadier’s insider’s account, Eating Grass: the Making of the Pakistani Bomb (Stanford Security Studies, 2012), took six years to write, and it is a bombshell with a blinding flash lighting up corners we’d rather not scan.

Khan headed the Directorate of Arms Control and Disarmament inside the country’s apex nuclear establishment, the Strategic Planning Division. And those who are put off by the unsavory facts in the book say he is a nephew of former president and Army chief Gen. Pervez Musharraf and is getting even with Dr. Khan for doing nuclear hanky-panky when Musharraf was ruling Pakistan. Khan lectures at the Naval Postgraduate School in Monterey, California. The book, needless to say, impresses with its professional compilation. It defends Pakistan’s pursuit of nuclear deterrence and is clearly pro-Pakistan, but without hiding the warts. 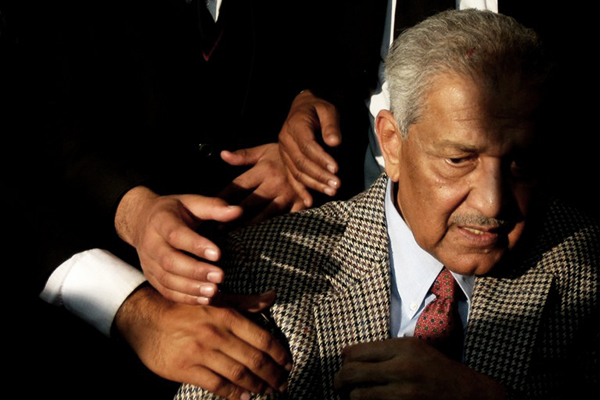 The founder of the nuclear enterprise was Zulfikar Ali Bhutto, and the nuclear factotum who put it all together was the chairman of the Pakistan Atomic Energy Commission, Dr. I. H. Usmani. But there was a clash of personalities and the latter was discomfited and humiliated by the former. Two more nuclear titans clashed later, closer to the fruition of the project: PAEC’s Munir Ahmad Khan and Khan Research Laboratories’ chief, Dr. Khan.

The head of PAEC’s Khan finally rolled and Dr. Khan was presented to the nation as the true progenitor. Gen. Zia-ul-Haq was against Munir Ahmad Khan thinking him—wrongly—an Ahmadi. He took the bomb away from him and gave it to Dr. Khan. Then after Dr. Khan made his patron General Zia go ballistic by going public on the bomb, he took it right back from KRL and gave it to the PAEC again. When the year 1998 rolled around and Pakistan had to test under Prime Minister Nawaz Sharif, it was Dr. Samar Mubarakmand who was ready with it. The book notes that only Sartaj Aziz in the Sharif cabinet recommended restraint.

As Dr. Mubarakmand got ready to test at Chaghai in Balochistan, Dr. Khan asked for two bombs that he would explode separately. When this was not done, he wrote to the prime minister ridiculing the PAEC team, calling them “carpenters and blacksmiths,” and requesting that a “joint team” of PAEC and KRL personnel be formed with Dr. Khan at its head.

The book seeks to prove that the Chaghai tests were done by the PAEC team led by Dr. Mubarakmand, and not by Dr. Khan, who wanted to push the button but was not allowed to. The author writes: “The all-clear signal was given once the site was completely evacuated. Among the 20 men present, a chief scientific officer, Muhammad Arshad, the man who had designed the triggering mechanism, was selected to push the button. At exactly 3:16 p.m. Pakistan Standard Time, Arshad prayed ‘All Praise be to Allah’ and pushed the button.”

So where are our strategic secrets when “Khan lectures at the Naval Postgraduate School in Monterey, California. ” these we call them as our guardians

O ghaday k bachay, do you even know what ‘strategic secrets’ means? It’s things like the locations of our launch facilities etc., not historical accounts that have no impact on ground realities of today.

It’s a fact that A.Q khan was just a participant of the crew who was pursuing nuclear weapon for Pakistan. It was not merely a one man job. it was totally a team struggle.
If we deliberate why Pakistan developed the nuclear bomb? Answer is very obvious that Indian smiling Bhuda was the reason and that ultimatum pushed Pakistan to procure nuclear arsenal against untrustworthy foe with hegemonic designs.

And.. ummm… Pakistan developed the Bomb from a scratch within a week? Amazing. By the way, it is the same AQ Khan who was advocating for the car which runs on water. Be honest, you really think you guys have the brains to go nuclear?

How long we will remain in all this shit that who was the father or grandfather let’s get the hell out of it! because you now cannot do anything about it because they have got it and is not troubling anyone in the region. We must think on how we can make our future better instead of repenting on the old stories.We must think on larger framework now.

Now it looks tragic that we consumed so much of resources on making nuclear bomb and fighting wars. Had those resources spent on on other necessary purposes like building dams, power generation, developing infrastructure, our people might have been more prosperous.