Home Latest News Who is Left? 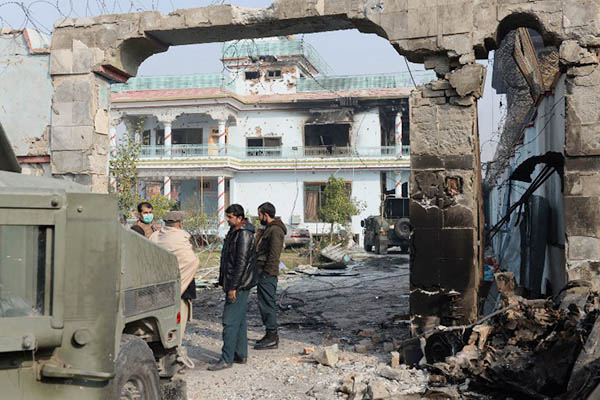 Afghanistan was once a hub of foreign aid but deteriorating security has seen international groups downgrade their presence, making it even more difficult to deliver crucial help to the war-torn country’s most vulnerable citizens.

Wednesday’s deadly attack by the Islamic State group on Save the Children in eastern Jalalabad city forced the British aid group to suspend all operations across the country and close all offices.

Afghanistan, which has seen decades of war, is often rocked by natural disasters, and routinely ranks near the bottom of humanitarian development indexes. The country recorded the second highest number of attacks against aid workers worldwide in 2016.

Militant groups do not always claim these assaults, afraid of backlash. Officially, the Taliban, Afghanistan’s largest Islamist group, say they respect aid workers and do not target them. But they have also claimed attacks in places frequented by expatriates including aid workers, such as the January 2014 assault on the Taverna Du Liban in Kabul, which killed 21 people including 13 foreigners.

Here are some recent incidents affecting aid groups in the country:

Save the Children, which has operated in Afghanistan since 1976, said it was temporarily suspending operations across Afghanistan after militants attacked its office in Jalalabad on Wednesday, using a rocket-propelled grenade to storm the complex.

The British aid group runs a variety of programs in the country. In 2017 alone it helped feed and support hundreds of thousands of children while protecting many from harm, according to its website. It was not clear how long the suspension would last.

The U.N. has said children are disproportionate casualties in the Afghan conflict, in a country, which already has some of the highest infant and maternal mortality rates in the world.

The strike on the trauma center, the only one in that part of Afghanistan, by an AC-130 gunship sparked global outrage, forcing then U.S. president Barack Obama to make a rare apology. In July 2017, MSF in Afghanistan reopened a small medical clinic in another area of northern Kunduz to provide outpatient treatment of minor and chronic wounds.

The International Committee of the Red Cross (ICRC) put its nationwide operations in Afghanistan on hold after an attack on its aid workers in February 2017 in northern Jowzjan province. Six employees were killed on the spot, many of them shot at close range, in one of the worst attacks on the Red Cross, while two other staffers were abducted and later released after seven months in captivity.

No militant group claimed responsibility for the abduction or killings, but Jowzjan police blamed local Islamic State jihadists. The Taliban distanced itself from the attack.

Staff shortages combined with increased risks means many groups have scaled back their work, including the World Food Program (WFP), which withdrew from once-calm northeastern Badakhshan province after an attack on five of its trucks in 2015.

Foreign aid workers are often forced to confine themselves to cities, operating via telephone, or asking local staff to travel from conflict areas to safer hubs for discussions. Western officials have told AFP previously that foreign aid workers are now having to be convinced to come to Afghanistan with assurances of shorter contracts and security. But in the wake of attacks like Wednesday’s assault on Save the Children, those promises are ringing increasingly hollow.