Home Latest News WHO Revises Death Toll in Yemen to 643

WHO Revises Death Toll in Yemen to 643 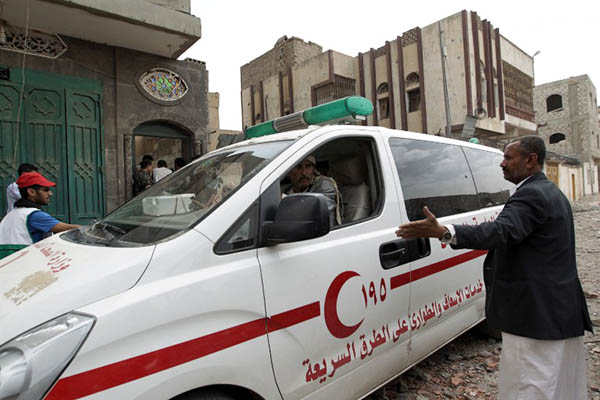 The World Health Organization revised upward Wednesday the number of people killed and wounded in nearly three weeks of fighting in Yemen to 643 dead and 2,226 injured in the multi-sided conflict.

“These are only health facility-based figures and casualty estimates are likely to continue to increase as additional cases are verified and reported,” said the U.N. health agency, specifying the figures cover the period from March 19 to April 6.

On Tuesday the WHO reported that at least 540 people had been killed and 1,700 wounded over the same nearly three-week span.

A Saudi-led coalition has been bombing Iran-backed Houthi rebels who are battling forces loyal to fugitive President Abedrabbo Mansour Hadi. The Houthi rebels have seized control of large parts of Yemen including the capital Sanaa, prompting international concern Al Qaeda could exploit a power vacuum there.

Over 334,000 people have been displaced inside the country by the fighting and 254,400 have sought refuge abroad, according to WHO. “The humanitarian situation is critical, with power cuts and water and fuel shortages further deteriorating… the situation,” it said.

Attacks on healthcare workers and health facilities have been reported in Sanaa and the cities Saada and Aden. Since March 30 three volunteer ambulance workers have been shot and killed while on duty, the WHO said.

Access remains difficult to Yemen, where 65 WHO personnel are stationed. The agency said it had a delivery of supplies waiting in Dubai that will be brought in as soon as possible. WHO estimated Yemen needs about $62 million in funding to pay for its healthcare needs. The WHO has so far received a $2.7 million donation from Japan.