WHO Urges Enforcement of Tobacco Ad Bans at Sporting Events 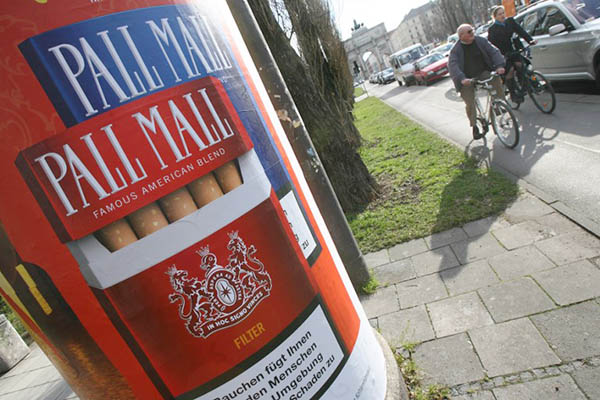 “WHO is urging governments to enforce bans on tobacco advertising, promotion and sponsorship at sporting events, including when hosting or receiving broadcasts of Formula 1 and MotoGP events,” the U.N. health agency said in a statement. It also called on “all sporting bodies, including Formula 1 and MotoGP, to adopt strong tobacco-free policies,” and to ensure none of their activities or participants are sponsored by tobacco companies.

The appeal comes after Philip Morris International (PMI) and British American Tobacco (BAT) formed partnerships with their scientific research subsidiaries and Formula 1 teams Ferrari and McLaren, more than a decade after cigarette advertising was banned from the sport.

Since 2006, Formula 1’s ruling body FIA has been opposed to any advertising or sponsoring of cigarettes or tobacco. But with teams struggling to meet their budget requirements, the allure of advertising revenue from “Big Tobacco” has grown.

The tobacco companies are no longer advertising for their traditional cigarette brands, but appear to be pushing new, so-called “smoke-free” heated tobacco products, although they do not mention them by name.

PMI, whose Marlboro brand was long associated with Ferrari, re-entered the sport last October, branding Ferrari cars with “Mission Winnow” and a logo that hints at the white-on-red triangles of the old Marlboro packs.

WHO pointed out that PMI had registered the trademark, “including for use with respect to tobacco products.” BAT recently announced “a new global partnership” with McLaren using the logo “a better tomorrow,” indicating that the multi-year partnership would provide a global platform to push certain products, including its heated tobacco sticks.

“This statement suggests that the company’s intent is to promote tobacco use,” WHO said.

The U.N. agency stressed the importance of comprehensive bans on tobacco advertising, promotion and sponsorship, pointing out that such bans have been shown to reduce tobacco consumption, including among young people. It urged governments to implement their existing laws on this “in the strongest possible ways,” including issuing penalties or preventing screening of events that violate domestic laws.

Ferrari has already ceded to concern the sponsorship deals could breach Australian law, removing all references to Mission Winnow from their SF90 cars and team uniforms ahead of Formula One’s season-opening Australian Grand Prix.