Who Was Vegas Gunman Stephen Paddock? 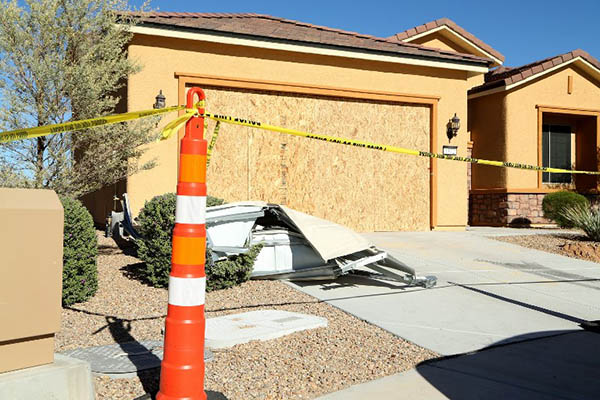 Stephen Craig Paddock, the retired accountant who smuggled an arsenal into a swank Las Vegas hotel and mowed down concert-goers from a 32nd story window, was a high-stakes gambler whose bank-robber father was once on the FBI’s most wanted list.

The 64-year-old had a home with his girlfriend in a tranquil golf course retirement community in Mesquite, Nevada, 80 miles northeast of the U.S. gambling capital, and regularly sent cookies to his 90-year-old mother in Florida.

According to his younger brother Eric Paddock, he showed no sign he was poised to commit one of the worst mass murders in American history. The Islamic State group claimed Paddock was one of its “soldiers,” converting to Islam in recent months and carrying out the attack in its name. Islamic State gave him a jihadist nom de guerre, Abu Abdel Bar al-Amriki—“The American.”

But the FBI said they saw “no connection” between Paddock and international terror groups, leaving a stunned nation at a loss to understand the motive for the Sunday night massacre, which left 59 people dead and more than 500 injured.

Paddock was found dead, apparently of a self-inflicted gunshot wound, when a police SWAT team burst into his room in the Mandalay Bay Hotel, one of Las Vegas’s most recognizable landmarks. “He had nothing to do with any political organization, religious organization, no white supremacists, nothing, as far as I know. And I’ve only known him for 57 years,” Eric Paddock said outside his Orlando, Florida home. “We’re still just completely befuddled, dumbstruck,” he added. “It’s like I just said, an asteroid fell out of the sky.”

The gunman, who photographs showed as a greying man with a trimmed beard and moustache, was a former accountant and a licensed private pilot.

According to Eric Paddock, his brother was financially well-off, and had no criminal record. “He doesn’t even have parking tickets, probably” he said.

He owned two houses in Nevada, one a two-story home in a desert-surrounded cul-de-sac in Mesquite, another on the fringes of Reno, another gambling hub in the northern part of the state. Estimates by Zillow put the value of the homes, both very recently built, at over $700,000. At both he was seen with a regular companion identified as Marilou Danley, an 62-year-old Asian woman who was out of the country at the time of the shooting. The FBI has tracked her down and said she is cooperating with them.

Neighbors in Mesquite and Reno called him quiet, sometimes grumpy, but mostly keeping to himself, according to The Washington Post. He was also a regular gambler. He mostly played high-stakes video poker, often thousands of dollars at a time. “He sends me a text that says he won $250,000 at the casino,” Eric Paddock said.

But what police found in his Mandalay Bay Hotel room after the horrifying massacre was not money but at least 16 weapons, including assault rifles. And they later found more weapons and explosives in the Mesquite home. “Where the hell did he get automatic weapons? He has no military background or anything like that,” his brother asked. Stephen was “not an avid gun guy at all.”

The brothers grew up in a broken home. Their father, Benjamin Hoskins Paddock, who also went by the name Patrick, was a violent bank robber jailed in the early 1960s for a series of heists. He escaped prison in 1968, landing on the FBI’s “10 most wanted” list, which described him as “extremely dangerous” and “psychopathic.”

Eric Paddock said they barely knew their father. “I was born on the run,” he told the Post. But he stressed that his brother gave no signs other than being completely normal, doting on their mother.

“He liked to play video poker. He went on cruises. He sent his mother cookies, big huge crazy boxes of cookies,” Eric said. Stephen most recently texted to see if his mother had power after a hurricane lashed Florida. “The last time she talked to him, no indication of anything.”