WHO Welcomes Taliban Move to Lift Ban on Health Workers 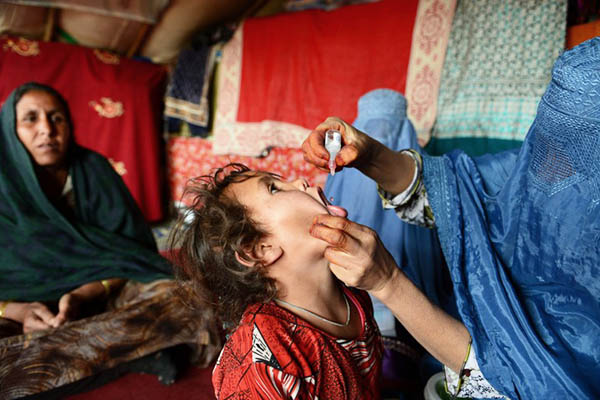 The World Health Organization on Thursday welcomed a Taliban decision to lift a months-long ban on health workers operating in insurgent-controlled parts of Afghanistan.

Taliban officials had in April barred the WHO and the International Committee of the Red Cross, accusing the groups of “suspicious activities.” The ban was seen as particularly concerning because Afghanistan is one of only a tiny number of countries where polio still exists.

According to the WHO, 16 children have been infected by the paralyzing virus so far this year. “We welcome this announcement as a step in the right direction and, with partners, will start health facility-based campaigns in the previously banned areas,” Richard Peeperkorn, an Afghanistan representative for the WHO, said a day after the Taliban announced it was lifting the ban. “However, we are concerned that following this long pause in vaccination, more children have become vulnerable to poliovirus, and we will see more Afghan children paralyzed.”

The insurgents lifted the ban against the ICRC earlier this month.

Polio immunization is compulsory in Afghanistan, but distrust of vaccines is rife and the programs are difficult to enforce, particularly in rural regions. Militants and religious leaders often tell communities that vaccines are a Western conspiracy aiming to sterilize Muslim children, or that such programs are an elaborate cover for Western or Afghan government spies.

“The polio vaccine campaign promoted by WHO can no longer be administered from home to home and mosque to mosque and must only operate from health clinics,” the Taliban said in its statement announcing the end of the ban.