Home Latest News Who Will Lead? 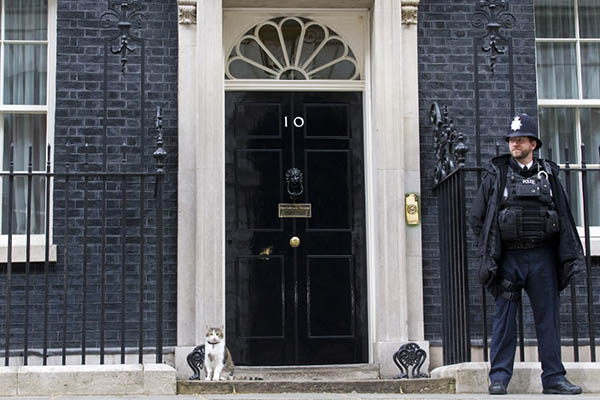 An overview of the major contenders jockeying to replace Theresa May

With British Prime Minister Theresa May announcing her resignation on Friday, the field has been opened for who will lead Britain through Brexit and beyond. Here are the top contenders for her job:

A former mayor of London, “Boris” or “BoJo,” has confirmed he would “of course” contest any upcoming leadership contest, surprising very few in Westminster.

A key figure in the 2016 Brexit campaign, he failed in a bid for the top job in its aftermath as ally Michael Gove withdrew his support at the last minute. May appointed Johnson as foreign minister but he quickly drew attention for the wrong reasons, including a series of diplomatic gaffes.

He became increasingly uncomfortable with the government’s Brexit strategy before resigning in July. Charismatic and popular with grassroots Conservatives, he has maintained his public profile by writing a weekly column in The Daily Telegraph.

An endorsement from influential pro-Brexit backbencher Jacob Rees-Mogg has boosted his chances, but the 54-year-old has also earned plenty of enemies within the party for his behavior. He separated from his second wife in September and has a new girlfriend. He has recently lost weight and trimmed back his trademark mop of blond hair.

The foreign minister supported remaining in the European Union in the 2016 referendum but has been highly critical of what he calls the “arrogant” approach since taken by Brussels. A former businessman who speaks fluent Japanese, he is a resilient politician, having headed up the National Health Service for six years during a funding crisis.

Hunt replaced Johnson as Britain’s chief diplomat last year. Softly spoken and measured, he is calm under fire and has gradually seen his power and influence in cabinet rise. The 52-year-old has signaled his intent to run for the leadership and, like several other contenders, recently invited a Sunday newspaper into his home for a profile.

An ardent Euroskeptic with a black belt in karate, the 45-year-old has quickly climbed the ministerial ladder after only joining the government in 2015 under former prime minister David Cameron. He backed Brexit and was named justice minister in the new cabinet after the 2016 referendum.

Raab later served as Brexit secretary from July to November 2018 when he stepped down in protest at the Brexit deal struck with the E.U.

Just before his departure, he was widely mocked for saying that he “hadn’t quite understood” how reliant U.K. trade in goods is on the Dover-Calais crossing between Britain and France. Remaining outside government since then, he has appeared in campaign mode in recent months, reportedly hiring staff and giving multiple newspaper interviews.

Brexit campaigner Gove initially supported Johnson’s leadership bid in 2016 but at the last minute announced his own intention to run, causing both men to lose out to May. “Whatever charisma is, I don’t have it,” he admitted in the race in which he came third.

After a year in the political wilderness, he was appointed environment minister in June 2017 and has stayed in the headlines with a series of eco-friendly policy announcements. Equally active in his previous justice and education briefs, he is a minister who likes to see through radical new policies.

Following a series of resignations, the cerebral 51-year-old is among the most ardent Euroskeptics left in May’s faltering government.

A former investment banker and the son of a Pakistani immigrant bus driver, the 49-year-old Javid is the face of a modern, multicultural and meritocratic Britain.

On the economically liberal wing of the Conservative Party, Javid voted for Britain to stay in the E.U. in 2016. Since being appointed interior minister in April 2018, he has earned respect for his handling of a scandal over the treatment of the children of Caribbean immigrants, known as the Windrush generation.

However, he was recently criticized in liberal circles for stripping a teenage mother who ran away to join the Islamic State group of her British nationality.

Former leader of the House of Commons Andrea Leadsom, who lost out to May in the 2016 contest to replace Cameron, stole a march on her rivals by quitting her cabinet position on Wednesday, hastening the prime minister’s demise and staking out her pro-Brexit credentials.

She got down to the final two in the 2016 race, but pulled out before the decision was handed over to party members, with whom she was popular, after coming under fire for saying that being a mother would give her an advantage as prime minister over childless May.