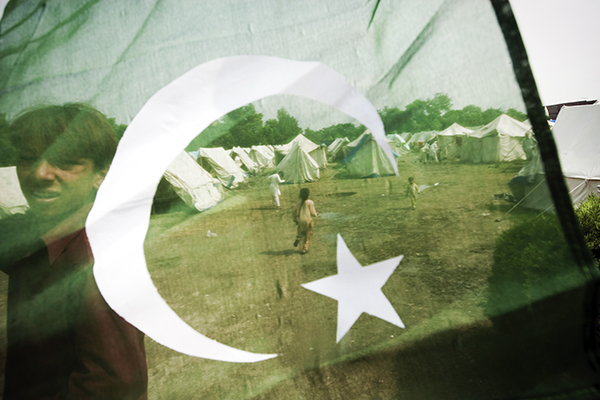 Welcome to our first ever issue.

The conversation about Newsweek Pakistan began one overcast afternoon in Lahore. It was Jan. 8‚ 2008, the original date for the last general elections which had been postponed with the assassination of Benazir Bhutto. This conversation with Fareed Zakaria‚ editor of Newsweek International‚ started on our drive back from an interview with Nawaz Sharif‚ another former prime minister. And it continued—in three other countries‚ over two years—until now‚ with the first issue of our edition of the newsmagazine appearing in the 64th year of Pakistan’s being; a testing time for our disaster-ravaged but resolutely resilient nation.

Pakistani readers are familiar with the publication. Newsweek has been covering Pakistan since the country’s founding. While this coverage may sometimes have rankled and excited audiences here‚ it has always reliably informed and often driven our national and water-cooler discussions. It has enriched discourse.

“News-Week” itself was founded in 1933 with the first issue appearing that Feb. 17 in the U.S. The Washington Post Company has shepherded it since 1961. Its ownership will soon change hands. This is a humbling reflection of the challenges faced by print media in an age of anything-goes electronic information. This holds true for Pakistan as well. In a country where rumor and gossip are sanctified and laundered by cable news channels‚ where questioning hearsay is heresy‚ and where everyone has an opinion to spare‚ it is fundamental to restore reason and rationale to the national conversation.

Freedom of expression comes with a burden few media organizations here seem to be willing to bear. Newsweek Pakistan will fulfill its obligations to our readers responsibly and dutifully as an independent and authoritative source of information and analysis on the most important news and developments here and abroad. The weekly newsmagazine format affords Newsweek Pakistan space for thoughtful, engaging pieces that reward readers with fresh insights into complex‚ often confusing‚ issues churning the 24/7 news cycle. Newsweek Pakistan will make cool-headed sense of the world for you each week.

This is not a quiet crusade. Pakistan can only profit from a deeper understanding of its endearingly complicated self‚ from fresh‚ clear voices that cut through the din with patient competence. Newsweek Pakistan will present the facts‚ and its arguments‚ vociferously‚ without caring for or pandering to the heedless herd. When we fail or falter‚ and we will‚ we shall be the first to set right our course.

We are on the same road of inquiry and public service we took that day from Raiwind over two years ago. We began our journey in the hope‚ and belief‚ that this publication‚ this labor of love‚ would contribute toward well-informed and meaningful conversation in Pakistan—and about it. And that it will make a difference. It will.