Home Scope Why Should A Writer Retire?

Why Should A Writer Retire? 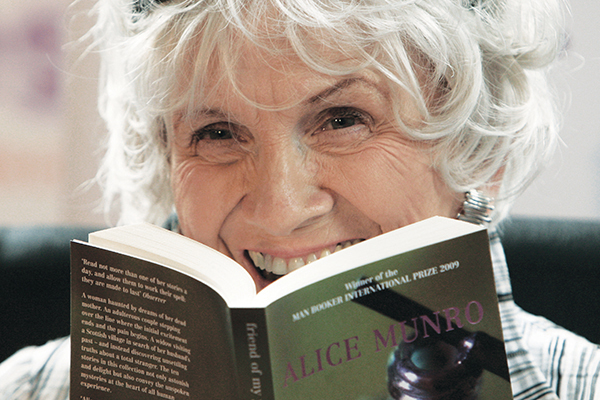 A happy life, according to the Scottish poet James Thomson, consists of “retirement, rural quiet, friendship, books,” among other things. Alice Munro, perhaps the greatest short-story writer of our time, has elected to embrace this bliss, saying last week, “I’m probably not going to write anymore.” An incredulous editor from the National Post had to follow up on whether she really meant it—that last year’s sublimely devastating collection, Dear Life, was it for her. “Oh, yes,” the 81-year-old Canadian said, telling disappointed fans to “read the old ones over again. There’s lots of them.”

Yet if you have ever imagined a typical day in the life of an author, your vision probably resembles Thomson’s. Writing seems like tender labor, and it’s not hard to picture all those quarterly Munro stories—the ones that appear in The New Yorker as regularly as fresh interns—being created from a diet of easy grace, fertilized frequently with tea, long walks, dinners on the porch, and Chekhov readings. Why would anyone have to retire from writing, as if it’s a job with regular hours?

Except it is. John Updike used to rent a one-room office above a restaurant, where he would report to write six days a week. John Cheever famously put on his only suit and rode the elevator with the 9-to-5 crowd, only he would proceed down to the basement to write in a storage room. Robert Caro still puts on a jacket and tie every day and repairs to his 22nd-floor Manhattan office. Authors who corral their duties into daily routines help remind us of the industry of writing. A muse does not pour words into someone’s skull. The drudgery has conquered some of our best wordsmiths. “When you decide ‘to be a writer,’ you don’t have the faintest idea of what the work is like,” Philip Roth, another recent literary retiree, has said about the “stringent exigencies” of literature. “But working at it nearly every day for 50 years … turns out to be an extremely taxing job and hardly the pleasantest of human activities.” He even called it “just torture, awful.”

Munro has long been able to pensively observe someone and effortlessly penetrate the character’s extraordinary private history. “Nobody bothers anymore to judge her goodness,” the critic James Wood has said. “Her reputation is like a good address.” It is as if she can look upon a person and always see the full span of a life. Now she has taken a measure of her years and judged that, at last, she can stop. Let us read the old ones over again. There’s lots of them.