Will Smith Returns to Rapping Roots 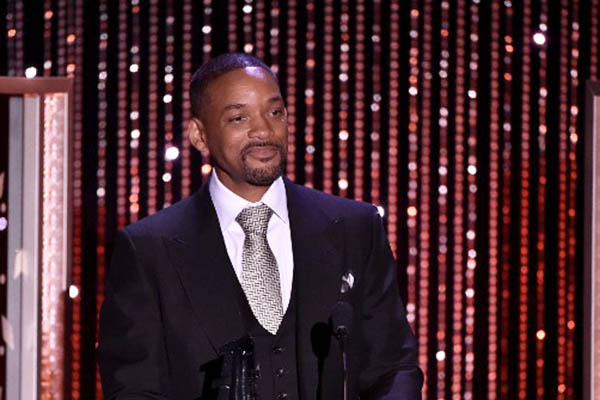 Will Smith, one of the first mainstream rappers, who has since become an Oscar-nominated actor, is returning to music with a tour.

Smith has announced that his former duo, DJ Jazzy Jeff and the Fresh Prince, will reunite for a first-of-a-kind tour. “We never actually had a chance to go out and do a full tour,” Smith told talk show host Ellen DeGeneres.

The duo in 1987 put out its first album, Rock the House, and within three years Smith was the star of the popular sitcom The Fresh Prince of Bel-Air, leading to a lucrative career in Hollywood. “In that time, we just… were getting started and I never actually had a chance to go on tour, so I really want to get out there and do it for real,” he said.

Smith, who did not announce dates for the tour, said that the duo would perform old hits but that he also had “a stash” of new songs.

DJ Jazzy Jeff and the Fresh Prince won a wide following in the United States in the late 1980s as hip-hop was becoming mainstream. Amid media scrutiny over rap’s language and subject matter, the duo enjoyed ample radio play for clean-cut tunes such as “Parents Just Don’t Understand,” which won the first rap Grammy.

Smith, who initially took to television after nearly going bankrupt through spending his newfound wealth, has since starred in blockbuster films such as the Men in Black series, as well as dramas Ali and The Pursuit of Happyness, for which he earned Oscar nominations.

Smith has released four solo albums, the last in 2005, but said earlier this year that he had been working in a studio with rap giant Kanye West. Smith last month also made a brief return to rap as he collaborated on a song with the Colombian band Bomba Estereo.

His former bandmate DJ Jazzy Jeff, whose real name is Jeff Townes, has toured in recent years as a solo artist. In a recent interview, he hinted that the tour would take place next year, once Smith finishes promotion for his new film, the American football drama Concussion, which comes out on Christmas Day.

“We’re going to sit down at the top of the year and map it out at first and then hopefully hit the road,” DJ Jazzy Jeff said.

The duo last performed together in a brief, surprise set in 2013 on The Graham Norton Show on the BBC.