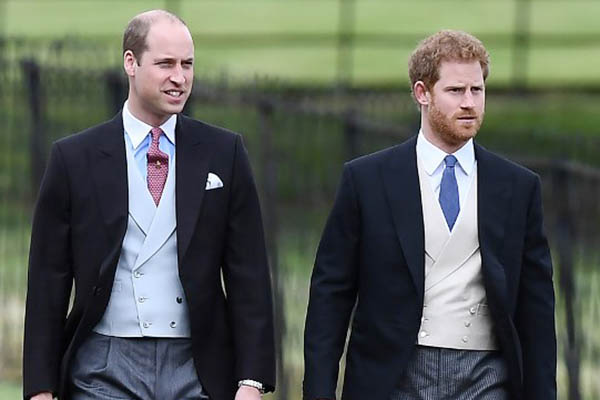 Twenty years after the accident that led to her death, her family remembers princess Diana

Two decades on from the death of princess Diana, her sons Princes William and Harry are working to keep her legacy alive with unusually emotional tributes after years of official silence.

As the 20th anniversary of her death on Aug. 31 approaches, the brothers have opened up for the first time about their mother, her life, and her impact on them and on the causes she championed. William was 15 and Harry 12 when Diana died in a car crash in Paris in 1997. How deeply their loss affected them is something they have only recently begun to discuss.

“Twenty years on, Harry and I felt that it was an appropriate time to open up a bit more about our mother,” William said. “We won’t speak as openly or publicly about her again.”

The pair featured in a 90-minute program entitled Diana, Our Mother: Her Life and Legacy broadcast by British channel ITV earlier this year. “This is the first time that the two of us have ever spoken about her as a mother. Arguably, probably a little bit too raw up until this point. It’s still raw,” said Harry.

Harry recently revealed that he sought help in the last few years as he struggled to deal with his suppressed grief.

In 2007, the princes staged a benefit concert at Wembley Stadium and a memorial service at which Harry gave a tribute. But this year marks the first time that the brothers have spoken in such emotional depth.

In an interview with Newsweek magazine, Harry opened up about the trauma of having to walk behind his mother’s coffin through London for her funeral. “I don’t think any child should be asked to do that, under any circumstances. I don’t think it would happen today,” he said.

In those tense days 20 years ago, many Britons voiced anger at a perceived lack of empathy from the royal establishment. Some feel the royals have been happy to see Diana replaced in the limelight.

Patrick Jephson, Diana’s former private secretary, said the princess had been airbrushed out. “There had been a period since her death during which the royal establishment has been uncertain how to treat the memory of Diana,” he said. “For much of the last two decades she has been the name that cannot be spoken in royal circles. Therefore it is with a note of slight defiance and determination that her children have said ‘no, there’s lots of good to remember, let’s celebrate her life’.”

The brothers have commissioned a statue of Diana which will go in the public grounds of Kensington Palace, their home which was also their mother’s base. A garden has been created at the London palace in her honor.

The princes also attended a private service on July 1 to rededicate their mother’s grave at her ancestral home on what would have been her 56th birthday.

Archbishop of Canterbury Justin Welby, the spiritual leader of the world’s Anglicans, officiated at the grave, to which the public does not have access.

In their royal duties, William, 35, and Harry, 32, have also taken up the baton for their mother’s causes. Diana’s visit to a minefield in Angola helped the movement towards the 1997 landmine ban treaty.

In the 1980s, during bedside visits to AIDS patients, she made a point making physical contact. It was a remarkable gesture at the time that helped break down the stigma attached to the disease.

Harry’s push on landmine clearance and HIV testing are directly aimed at continuing his mother’s campaigns, as is William’s work with homeless shelters and on child bereavement. Their joint work on mental health—which saw Harry reveal his need for treatment to cope with the trauma of her death—also touches a cause Diana championed.

Jephson said Diana’s greatest legacy was her sons themselves. “We can see in them many of the attributes that she had—principally her ability to combine royalty with the common touch.”