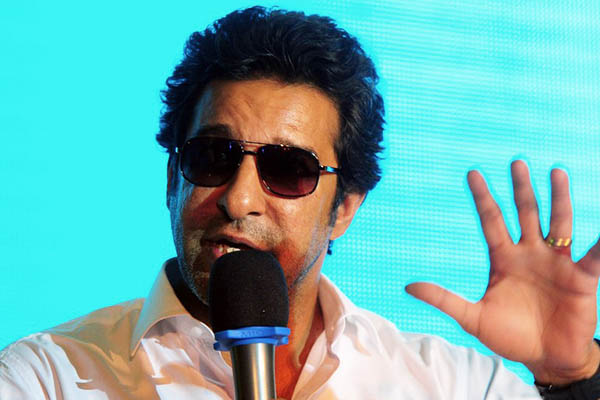 Wasim Akram criticizes team management and captain for failing to pick a strong side.

Wasim Akram told his compatriots on Sunday they had to win the next game in their World Cup campaign or get ready for an early flight home.

Pakistan has had a miserable start to the tournament, being well beaten in their opening two group matches. Their 76-run defeat by defending champions India was followed by an even heavier 150-run loss to the West Indies in Christchurch on Saturday.

Pakistan next face Zimbabwe in a must-win Pool B game on March 1, which Akram warned will be a “make or break” for them. “I am very optimistic that they can win but if they don’t they have to go back home early,” he said.

“They must feel for the people who come to the ground in numbers and millions are watching back home,” added Akram, a key member of the Pakistan side that won the World Cup when the tournament was last staged in Australia and New Zealand in 1992. The top four in each of the two pools of seven will qualify for the quarter finals.

Akram criticized the team management and captain Misbah-ul-Haq for not playing five bowlers. “I have been screaming this for several months now but they are playing with four bowlers and weakening their strong point,” said Akram, widely regarded as the greatest left-arm paceman cricket has ever seen. “We are using an extra batsman and yet we are unable to chase, then it’s disappointing and will land Pakistan in more trouble. They must rebuild the team soon.”

Pakistan dropped leg-spinner Yasir Shah, who played against India in Adelaide, from the XI that took the field against the West Indies and conceded a total of 310 for six at Christchurch’s Hagley Oval. If that wasn’t enough, Pakistan then recorded the worst-ever start to an innings in all one-day internationals, with their first four wickets falling for just one run. They were bowled out for a mere 150 runs in 39 overs.

Akram said the West Indies’ resilience was an example for Pakistan to follow. “West Indies lost their first game [against Ireland] but they staged a comeback and outplayed Pakistan in all aspects of the game,” said Akram, who questioned the selection of opener Nasir Jamshed. “When Jamshed was dismissed for a duck in the warm-up game against England, then there was no need to recall him,” said Akram of the left-handed opener who was out for a second-ball nought on Saturday. “In the first place, Jamshed never merited selection in the team as there were some other players who had done well at domestic level.”

Jamshed was brought in as a replacement for Mohammad Hafeez after the spin-bowling all-rounder was ruled out of the World Cup with a calf injury just a week before the start of the tournament.