Home Culture Winter to Blame for ‘Game of Thrones’ Delay

Winter to Blame for ‘Game of Thrones’ Delay 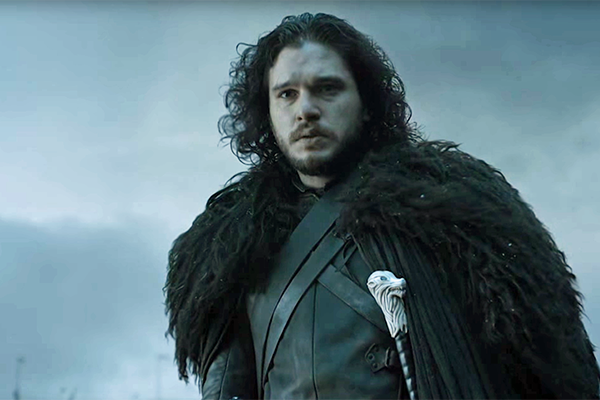 HBO show will air a truncated season next summer, compared to its usual spring airdate.

Game of Thrones showrunner David Benioff told fans at Comic-Con International on Friday a delay in screening the new series had been unavoidable, because “winter is here.”

The hit fantasy epic has been teasing winter’s arrival since its pilot episode, and with the season six finale entitled The Winds of Winter, the camera crew has been forced to wait for colder weather.

“Winter is here, and we’ve got to shoot in places with trees and wait for the leaves to turn,” Benioff told Comic-Con’s packed 6,500-seat Hall H. He was joined at the San Diego fanfest by cast members that included Liam Cunningham, Sophie Turner and the departing Kristian Nairn, as well as director Miguel Sapochnik.

Benioff and co-showrunner D.B. Weiss had already announced a shortened run of episodes for the final two seasons while HBO has confirmed season seven will return in the summer of 2017.

The show usually premieres in April, but Benioff said the later start would allow more time to film during colder weather. He told the Comic-Con crowd the show would not finish shooting until February and that “there’s no way to get the show out there until summer.”

Game of Thrones tells the story of noble families vying for control of the Iron Throne, all the while keeping one eye on the White Walkers leading hordes of the undead toward an invasion from the North.

It enjoyed a record-breaking season six with more than 25 million viewers a week and 23 Emmy nominations, including best drama, which it won last year.

Nairn received a standing ovation from the Comic-Con crowd, who chanted “Hodor, Hodor” in honor of one of the show’s best loved characters. “I did not expect it to be so crazy, I’m really, really flattered—it’s blown my mind,” the 40-year-old Northern Irish actor said.

The panel was asked who would win the Iron Throne and Sapochnik answered that he “would be very happy if they shared it, but I don’t think that is going to happen.”

Iwan Rheon, who played the sadistic Ramsay Bolton, got cheers from the audience when he said he would “melt the thing down and have a democracy.”

The Comic-Conners were treated to teaser footage showing a Lannister flag unfurling, the crew preparing for season seven by building a new set and a line-up of weapons used on the show—but no new footage.