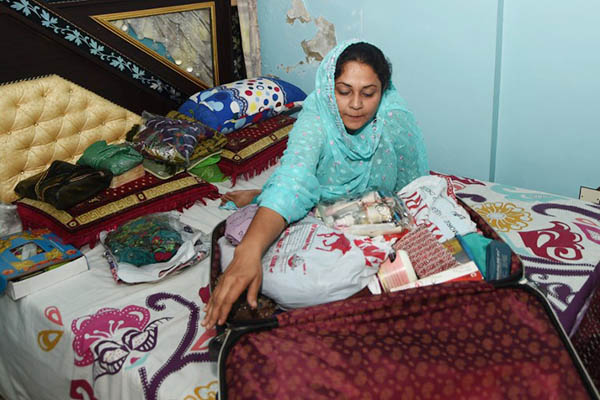 A woman infamously put on death row for killing her family in 1998 has been acquitted and walked free after 20 years in prison, her lawyer said on Friday.

Asma Nawab was just 16 when her parents and brother were murdered in 1998, apparently during an attempted robbery in Karachi. The familial nature of the murders sent a chill through the city, setting them apart from the political, ethnic and sectarian violence that gripped Karachi for many years.

Nawab, her then-fiancé Farhan Ahmed and two others were arrested and sentenced to death, accused of killing the family as they had not given permission for the couple to marry.

Appeals moved slowly through Pakistan’s creaky justice system. It was not until 2015 that her lawyers petitioned the Supreme Court, which—after a three-year hearing—ordered Nawab and the others to be released. “The Supreme Court ruled that there was not sufficient evidences against my client and thus she was set free,” Javed Chatari, who was been Nawab’s lawyer since 1998, told AFP.

She left prison on Thursday.

With no family left, Chatari said, he took her to Karachi’s famous waterfront hoping that the breeze and the sight of the Arabian Sea buffeting the sands would help her understand that her 20-year ordeal was over. “We made her ride on the horse on the Clifton Beach and later had a dinner, and then she started realizing she was free,” Chatari said.

Nawab—who is expected to visit her family home on Saturday for the first time since the murders—could legally file a case against the state, he said. But, describing her as a poor and lonely woman, he thought it unlikely she would. “That would be a tough call for her,” he said.