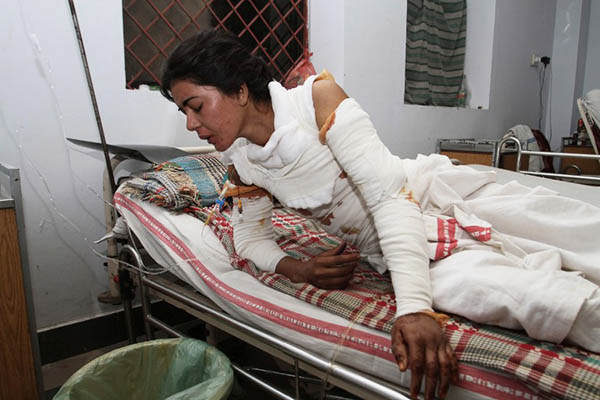 Police have arrested the accused, who attacked 20-year-old Sonia Bibi after being rejected by her.

A young Pakistani woman was recovering in hospital on Friday after nearly half her body was burned by a man she had refused to marry, police said.

Sonia Bibi, 20, told police from her hospital bed that her former lover, Latif Ahmed, sprinkled her with petrol and set her alight after she turned down his proposal. A doctor in Multan’s main Nishtar hospital confirmed to AFP that 45 to 50 percent of Bibi’s body had been burnt in the attack, but said she was out of danger.

The incident took place in a remote village of Multan district in central Punjab province, and police have arrested the 24-year-old Ahmed, local police official Jamshid Hayat told AFP. “Police arrested the man after recording the statement of Sonia Bibi in the presence of her parents, Hayat said.

“The girl told us that she was in love with Latif, whom she accused of dousing her in gasoline and setting her alight,” Hayat said.

Police have launched a probe, he said, but preliminary investigations suggested Latif had set Bibi on fire “after she refused to marry him.”

Mukhtar Cheema, another police official in Multan confirmed the incident, saying that Bibi had told police she had turned Ahmed down as she was no longer in love with him.

Qandeel Baloch’s Brother Acquitted of Her Murder after...