Women’s Cricket World Cup ‘Once in a Generation’ Chance 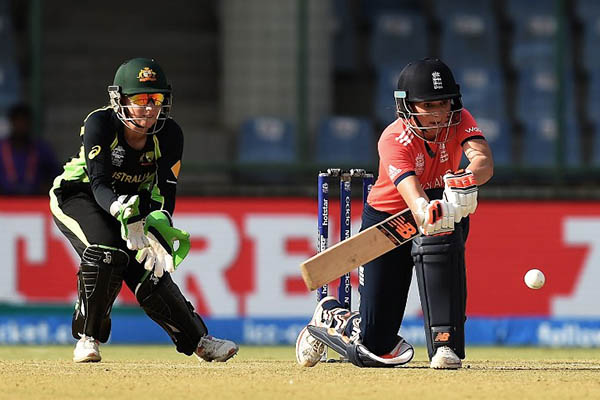 Head of England and Wales Cricket Board says next year’s tournament could be instrumental in raising profile of sport.

Next year’s Women’s World Cup in England is a “once in a generation” chance to help boost the profile of the female game in its birthplace, according to a top official.

For Clare Connor, the England and Wales Cricket Board’s head of women’s cricket, a home win at the 2017 tournament would help take some of the edge off the team’s semi-final loss to arch-rivals Australia at this year’s World Twenty20. It would also cap a memorable year that saw long-serving skipper Charlotte Edwards effectively forced into retirement after she was stripped of the captaincy by new coach Mark Robinson and the introduction of the new English women’s Super League Twenty20 competition.

“The opportunity we have next summer is huge,” said Connor, with England on the brink of automatic qualification for the World Cup after completing a 3-2 series win away to the West Indies with a five-wicket victory at Jamaica’s Sabina Park on Wednesday. “But of course yes, there is pressure. We cannot take these things for granted. It is a once-in-a-generation opportunity for us trying to pull together the best possible event.”

The former England women’s captain added: “For a lot of the players, it is once in a career—probably the only home World Cup Heather Knight captains. We can get quite blasé, but we have the responsibility to make sure we capitalize on it. The timing is great. There is a real momentum behind women’s sport and women’s team sports especially—the hockey [Great Britain’s Olympic gold] in Rio has been another example of that. We must absolutely take that responsibility.”

As for England’s current position, Connor said: “We’re absolutely delighted, and relieved—we just need one more vital win [against Sri Lanka] in Colombo next month to make absolutely sure. I’m very pleased with the way Heather has captained the team on a tricky tour.”

Connor played alongside Edwards and the decision to deprive her of the captaincy proved highly controversial. It also came as another senior player was unavailable for international duty, with wicketkeeper Sarah Taylor stepping away from cricket because of a stress-related illness.

“It was a tricky time for everybody—to have such change, when Charlotte had played for so many years,” Connor added. “What is pleasing is how the side has adapted to a new leader at a time when we’ve also been without Sarah Taylor and with Lydia Greenway retiring. It was very much a period of change, and great credit to Mark Robinson and the team for creating an environment, which has helped players to flourish and new players to emerge. I am really thrilled with that.”