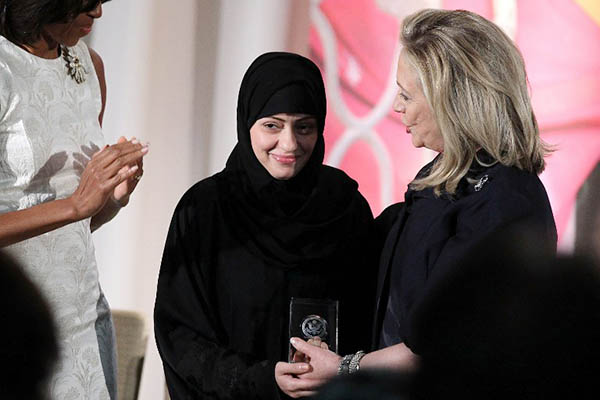 Jailed blogger Raif Badawi’s sister alleges she has been questioned over her activism twice in past year.

Saudi Arabian authorities on Wednesday questioned the sister of jailed blogger Raif Badawi over her activism, the second time in 12 months, she said on Twitter.

“Today’s investigation is related to previous issues about my HR [human rights] and civil activities including women’s campaign against male guardians,” Samar Badawi said in a Twitter post, hours after she had been summoned to appear before investigators in Jeddah. “Thanks and regards for those who supported me and prayed for me. You are my real strength,” Badawi tweeted on Wednesday, not mentioning whether she expected further questioning.

Saudi Arabia has some of the world’s tightest restrictions on women, and is the only country where they are not allowed to drive. Under Saudi Arabia’s guardianship system a male family member, normally the father, husband or brother, must grant permission for a woman’s study, travel and other activities.

Badawi is the ex-wife of her brother Raif’s lawyer, Waleed Abu al-Khair, a rights activist who himself is serving a 15-year prison sentence.

Activists in January 2016 said Badawi had been interrogated at that time for her activism and whether she controlled her then-husband Khair’s Twitter account. Badawi remained under investigation after her 2016 interrogation, the activists said.

Raif Badawi was arrested in 2012. A Saudi court sentenced him to 1,000 lashes and 10 years in prison for insulting Islam, a decision which generated worldwide outrage. Only the first 50 lashes of the punishment were administered, in January 2015.

His wife is currently in Canada with their three children. Monitors say Saudi Arabia has stepped up its repression of peaceful rights activists this year.