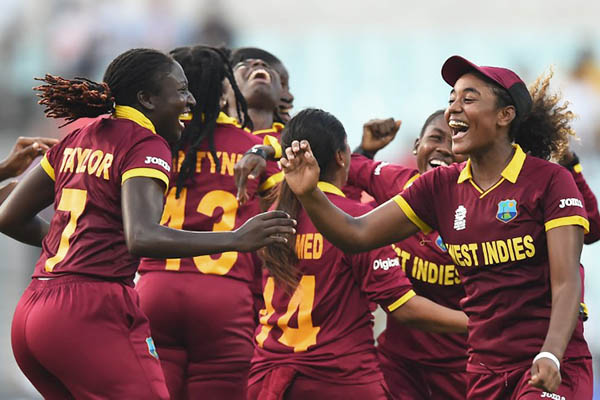 The women’s tournament will be staged six months ahead of men’s edition to profit off its popularity.

The 2020 edition of the Women’s World Twenty20 in Australia will be staged separately from the men’s event, the International Cricket Council announced on Friday.

This year’s edition in India saw the men’s and women’s versions run side by side with “double-headers,” including the April 3 finals in Kolkata both won by the West Indies, with victories over Australia (women) and England (men) respectively, taking place on the same day. But such has been the success of Australia’s domestic Women’s Big Bash League Twenty20 competition that the ICC have agreed to Cricket Australia’s request to stage the Women’s World Twenty20 six months ahead of the corresponding men’s edition.

An ICC statement issued on Friday, after the global governing body’s board met in Cape Town, said the decision to make the Women’s World Twenty20 a separate event represented “a big step forward for the women’s game in a market where there is a clear appetite for women’s cricket given the success of the WBBL.”

David Peever, the chairman of both Cricket Australia and the ICC’s governance committee, added: “Women’s cricket is undoubtedly gaining in popularity around the globe and we felt that by separating the two events we could accelerate that growth.”

While there has been a view that “double-headers” help ensure existing cricket crowds get to see women’s matches, the fact that such matches usually take place before men’s games has led to concerns regarding fixtures taking place in front of rows of empty seats. Peever, acknowledging this point, also said: “Having the ICC Women’s World Twenty20 as a stand-alone event means we can hold it in stadiums that we can fill, put on TV at prime-time and ensure it has the space to be promoted away from the shadow of the men’s game. WBBL has taught us that there is an audience for women’s cricket both live and on prime-time television and this decision means we have the opportunity to hold the biggest women’s sporting event ever held in Australia.”

But the Irish also want to become a full Test-playing country, possibly as soon as 2019, and the creation of a first-class tournament is seen as a key step along the way to their participation in the five-day international format. “First-class cricket is the vital link between part-time cricket and the full commitment of the international game,” said Ireland coach John Bracewell in a Cricket Ireland statement.

The former New Zealand off-spinner added: “Over the last two seasons watching domestic cricket in Ireland I have seen consistent performances from top-quality cricketers who deserve to have these recognized. The standard of play is not only highly competitive but also first-class in its output.”

ICC chief executive David Richardson said: “Cricket Ireland’s Inter-Provincial Championship is well structured and provides a clear pathway for players from under-age through to inter-provincial to the national team.”

Ireland and Afghanistan, world cricket’s other leading non-Test side, have as in 2015, also been awarded $500,000 by the ICC to help arrange and stage one-day international and Twenty20 fixtures.