Work on Balochistan’s Reko Diq Project to Begin Next Month 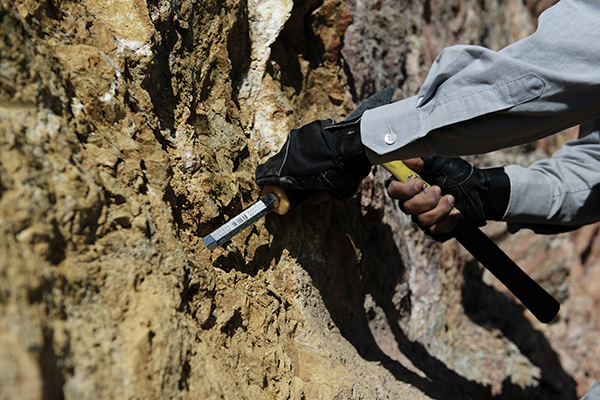 Addressing a joint press conference in Quetta, they said the Reko Diq project—a collaboration between Barrick Gold, the Balochistan government and state-owned enterprises—was a “gift” for the province. Bristow said the project was forecast to employ 7,500 people during its construction phase, adding that it would also generate 4,000 long-term jobs after the commencement of production.

Reiterating the agreement under which Reko Diq would resume operations, the chief minister said Balochistan’s shareholding would be fully funded by its partners and the federal government, noting this meant the province would reap the dividends, royalties and other benefits of its 25 percent ownership without any financial contributions for the project’s construction and mine operations.

A day earlier, Finance Minister Miftah Ismail met Bristow in Islamabad and hailed the investment in the gold and copper mine. “Mark Bristow has a very enlightened vision for this mine, and I believe this investment is going to be transformational for Balochistan and Pakistan,” he added.

A press release issued by Barrick Gold said the project was aimed at creating long-term value. “Reko Diq is one of the world’s largest undeveloped copper-gold deposits. An agreement in principle reached between the Government of Pakistan, the provincial government of Balochistan and Barrick earlier this year provides for the reconstitution and restart of the project, which has been on hold since 2011,” it said, noting that the project would be operated by Barrick, with the ownership divided into 50 percent for Barrick; 25 percent for the Balochistan government; and 25 percent for state-owned enterprises.

“The definitive agreements underlying the framework agreement are currently being finalized by teams from Barrick and Pakistan,” read the press release, adding that once this had been completed and “necessary legalization” implemented, Barrick would update the original feasibility study, a process expected to take two years. “Construction of the first phase will follow that with first production of copper and gold expected in 2027/2028,” it added. The “legalization” referred to by Barrick was clarified by Bristow in a press conference during which he said the firm expected Parliament and the Supreme Court to sanction its $6 billion out-of-court settlement on international arbitration to ensure it would not face any future legal snags.

“During the negotiations the federal government and Barrick confirmed that Balochistan and its people should receive their fair share of the benefits as part of the Pakistan ownership group,” Bristow said, stressing that long-term success depends on sharing benefits equitably with host governments and communities. “It’s equally important that Balochistan and its people should see these benefits from day one. Even before construction starts, when the legalization process has been completed, we will implement a range of social development programs, supported by an upfront commitment to the improvement of healthcare, education, food security and the provision of potable water in a region where the groundwater has a high saline content,” he added.

Subject to the updated feasibility study, Reko Diq is envisaged as a conventional open pit and milling operation, producing a high-quality copper-gold concentrate. It would be constructed in two phases, starting with a plant that is able to process around 40 million tons of ore annually, with a potential to double it in five years. “Reko Diq will be a multi-generational mine with a life of at least 40 years,” read the statement, adding that Barrick’s prioritized local employment and suppliers.