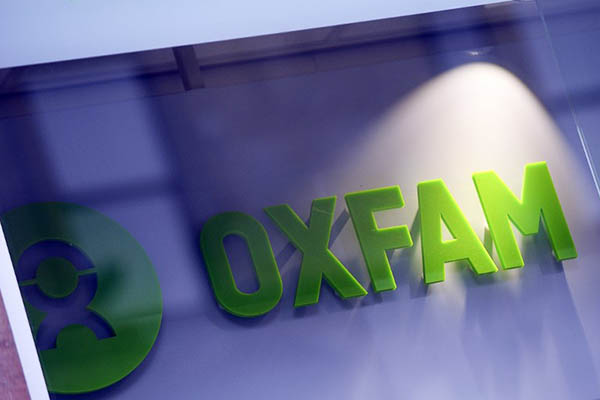 Humanitarian groups around the world, fearing knock-on effects from the sex scandals that have hurt donations to British charity Oxfam, are under pressure to show heightened vigilance against abuses.

Employees of Oxfam International, which groups around 20 national and regional branches in around 90 countries, have been accused of raping women in South Sudan, committing sexual abuse in Liberia and hiring prostitutes in Haiti and Chad.

The Oxfam scandal—which saw the charity’s deputy chief executive Penny Lawrence resign on Monday—is “perverting our missions, tarnishing them,” said Joel Weiler, head of Belgian charity Medecins du Monde (Doctors of the World). “And it’s all the more unacceptable given that we are expected to defend human rights.”

The scandal widened on Wednesday to involve French group Doctors Without Borders (MSF) who revealed it had fired 19 staff in 2017 for harassment or abuse.

While in the Democratic Republic of Congo, the United Nations registered 18 alleged cases of sexual abuse and exploitation by its peacekeepers and civilian personnel, and the New York-based International Rescue Committee confirmed three cases of sexual abuse in the war-torn African country.

Benedicte Jeannerod, head of the French branch of Human Rights Watch, said she feared the Oxfam scandal “could discredit all the organizations that rely on public generosity to survive.”

An Oxfam spokesman said cancellations of direct-debit donations in Great Britain had shot up between Saturday and Monday, from a typical 600 to nearly 1,300, while adding that it was “too early” to judge the scandal’s impact on donations. “Others have made donations or signed up as regular givers… determined that the millions of people that Oxfam helps worldwide every year don’t suffer as a result of the actions of a few,” the spokesman told AFP.

“I told Oxfam they must now demonstrate the moral leadership necessary to address this scandal [and] rebuild the trust of the British public, their staff and the people they aim to help,” Mordaunt said in a statement afterwards.

But she also addressed the worldwide humanitarian community, saying: “Right across the charitable sector, organizations need to show leadership, examine their systems, ensure they have clear whistleblowing policies and deal with historical allegations.”

Other charities were quick to set themselves apart from Oxfam.

Save the Children said Sunday it had “zero tolerance policy towards abuse or harassment of any kind,” noting that it had dealt with recent internal sexual harassment allegations by firing 16 staff and referring 10 to police and civil authorities. It stressed that none of the allegations related to children, contrary to some reports.

Sylvie Brigot Vilain, director of Amnesty International France, said: “It’s our moral duty and our responsibility as employers… to respond appropriately when we are informed [of abuses] and end impunity.”

Oxfam’s London-based management is accused of covering up the scandals and allowing abusers to resign or join other charities—without warning their new employers. The Oxfam mission chief in Haiti, for example, went on to head the Bangladesh mission of French charity Action Contre la Faim (ACF).

ACF said in a statement on Monday that it was unaware of his previous misconduct even though it contacted former employers during the recruitment process.

Nathalie Blum, who heads the French charity watchdog Don en Confiance (Give in Confidence), said Oxfam’s reaction to the scandal was “extremely shocking.”

“The people who were implicated should not have been allowed to continue working in the field. The beneficiaries should have been protected,” she said.

Blum said charities should set up procedures, especially in recruitment, to ward off abuses. “One approach would be to have access to the police records of people sent into the field, as is now the case for teachers after the pedophilia cases in France.”

Secretary Mordaunt announced the creation of a new unit that would “look at how to guard against criminal and predatory individuals being re-employed by charities and abusing again, including the option of establishing a global register of development workers.”

The Oxfam scandal is not the first to hit the humanitarian community. In the early 2000s, U.N. peacekeepers were implicated in sexual abuse scandals in Nepal, the Central African Republic, Haiti, the Democratic Republic of Congo and Ivory Coast.