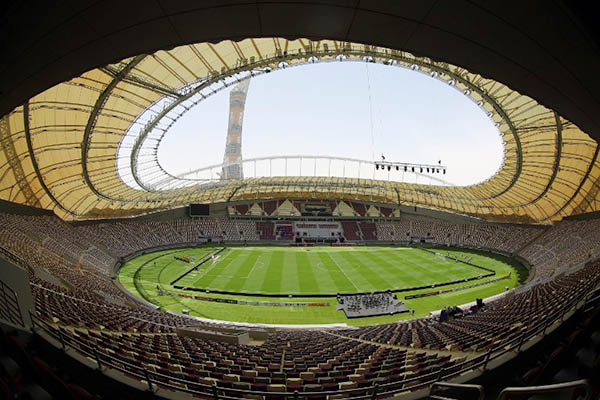 Up to 1.3 million fans will visit Qatar during the 2022 World Cup, an official said on Thursday, equivalent to half the Gulf country’s population.

Nasser Al-Khater, a senior figure with the body organizing Qatar’s World Cup, also said that for the first time in tournament history many of the fans would come from outside Europe and South America. “We believe we are going to have a huge influx [of fans], 1.3 million during the tournament,” said Khater, speaking as Qatar unveiled its first fully refurbished World Cup venue, the Khalifa International Stadium. “We are putting a ceiling cap of 1.3 million as an estimate.”

About one million people visited Brazil for the last World Cup.

Qatar’s current official population is 2.6 million—this figure has been swollen by more than two-thirds since the emirate was chosen as the 2022 World Cup host.

In December 2010, Qatar had an official population of 1.6 million. The number of people living in Qatar has mushroomed as the Gulf country recruits tens of thousands of laborers to work on many major infrastructure projects linked to the tournament.