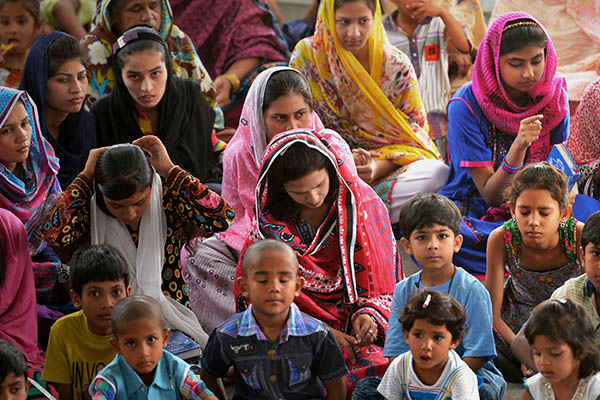 Internally displaced persons clash with police over delay in distribution of aid.

The World Food Program on Monday began distributing aid for hundreds of thousands of people who have fled a military operation in Pakistan, as refugees clashed with authorities over delays.

Pakistan began a long-awaited military offensive aimed at eliminating Taliban militants from their stronghold in the North Waziristan tribal district last week, following a brazen attack on the country’s busiest airport in Karachi.

The operation, involving airstrikes, tanks and heavy artillery has forced the exodus of more than 400,000 people, mainly to the nearby town of Bannu just outside the tribal zone. It has left nearly 280 militants dead, according to the Army, but the figure cannot be independently verified.

Safiullah Khan, an official with a local non-governmental organization partnered with the WFP, said a food distribution point in Bannu had begun providing rations including wheat flour, cooking oil, lentils and high energy biscuits. “We have made all necessary arrangements, which are enough to cater to ration needs of 15,000 families on daily basis,” he said.

Around 2,000 people had gathered at a local football ground where the food center was set up to wait for the first consignment of trucks. They later scuffled with police when distribution was delayed by several hours, who fired in the air to disperse the protestors.

Noor Bat Khan, a 60-year-old resident from Esori village in North Waziristan criticized authorities for taking so long to act and not creating enough centers. “The authorities should set up more distribution points as it will be difficult for the displaced persons to wait for their turn in scorching heat,” he said.

According to a government spokesman, a total of 404,819 people have so far left North Waziristan after the start of the military offensive.

Meanwhile influential warlord Hafiz Gul Bahadur held talks with a tribal jirga, or council, in North Waziristan where he repeated a threat to join forces with the Taliban if the offensive continued. “Bahadur said he would not launch any retaliatory action against military troops operating in the region until the middle of August provided the government agrees to stop the offensive enabling the refugees to return to their homes,” said a spokesman for the jirga, Malik Fida.

Bahadur fought against the Soviets during their occupation of Afghanistan and later against U.S. forces after 2001, but signed a peace deal with the Pakistani military in 2006.