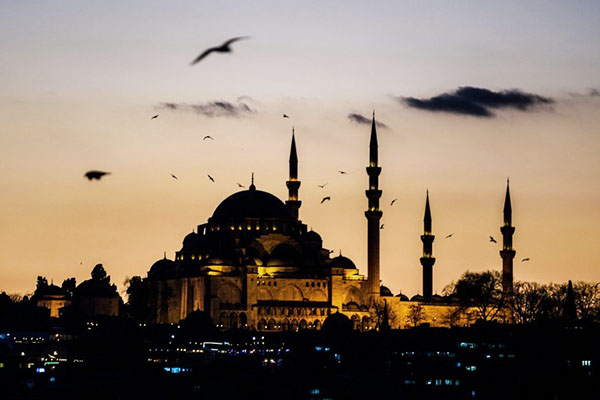 The number of international tourists rose by 4.4 percent worldwide in 2015 to hit a record 1.18 billion despite concerns over extremist attacks, the United Nations World Tourism Organization said Monday.

France remained the world’s most popular tourist destination, followed by the United States, Spain and China, according to the Madrid-based body which tracks the number of tourists who made an overnight stay at an international destination.

“2015 results were influenced by exchange rates, oil prices and natural and man-made crises in many parts of the world,” the head of the U.N. body, Taleb Rifai, told a news conference. Falling oil prices reduced transport costs but weakened demand for travel in oil-exporting nations while the weakness in the euro currency made travel to Europe for Americans more attractive, he said.

But the sector was marked mainly by the threat of extremism in 2015 with deadly attacks in Egypt, France, Lebanon, Tunisia, Mali and other nations. “We are facing now, with regard to safety and security, a global threat,” said Rifai, a former Jordanian tourism minister. “We cannot anymore say this is the problem of Egypt or France or Tunisia or Turkey or Thailand or Indonesia,” he added in reference to nations that suffered attacks last year claimed by the Islamic State jihadist group. “We must continue to travel. We must never allow the pretext of safety and security to curb and reverse our attitude towards making this world more open.”

The U.N. World Tourism Organization said 2015 was the sixth consecutive year of above-average growth in global tourism since the economic crisis. It had initially predicted international tourism arrivals would increase by 3 to 4 percent in 2015.

Global tourism figures were hard hit by the global financial crisis, declining 4 percent in 2009 as an outbreak of swine flu also contributed to cash-strapped people staying at home. But they have risen each year since.

The U.N. body predicts international tourism arrivals will increase by 4 percent in 2016. It forecasts the number of tourists who make an overnight trip abroad will hit 1.4 billion by 2020. “International tourism continues to grow strongly,” said Rifai. The attacks carried out last year “will not have any medium and long-term impact” on the growth of travel, he added.

Some destinations did suffer drops in visitor numbers last year due to fears of attacks. The number of international visitors to Tunisia, which was shaken by an attack on the Bardo museum in Tunis followed by one in the resort of Sousse that killed 59 tourists, fell to 5.2 million last year from 7.2 million in 2014.

Tourism arrivals to North Africa overall fell by 8 percent last year. In sub-Saharan African they were down by 1 percent in part due to fears over the outbreak of Ebola.

Europe, the world’s most visited region, Asia and the Pacific, and the Americas all recorded growth of around 5 percent in the number of international arrivals last year.

China was once again the top source country for international tourists, which benefitted Asian destinations such as Japan and Thailand, as well as the United States and several European nations, the U.N. body said. Chinese travelers were also the biggest spenders last year with China posting double-digit growth in tourism expenditure every year since 2004.

By contrast expenditure from Russia and Brazil declined “significantly” last year “reflecting the economic constraints in both countries and the depreciation of the ruble and the real against virtually all other currencies,” the U.N. body said in a statement.