Home Business ‘World’s Cheapest Smartphone’ to be Launched in India

‘World’s Cheapest Smartphone’ to be Launched in India 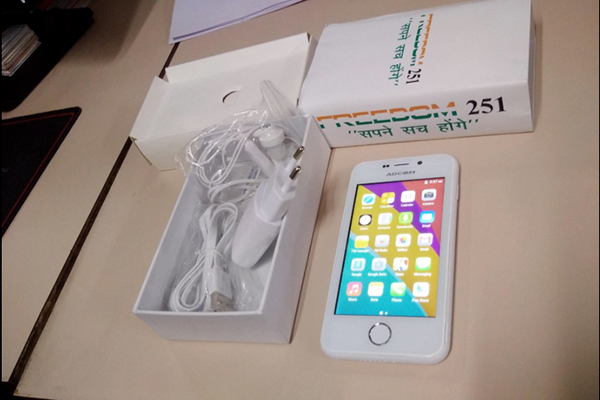 Local handset manufacturer says it plans to make its phones domestically within a year.

A little-known Indian company will on Wednesday launch a smartphone believed to be the cheapest in the world, targeting a market already dominated by low-cost handsets.

Set to be priced at under 500 rupees ($7.30), domestic handset maker Ringing Bells’ Freedom 251 smartphone is about one percent of the price of the latest Apple iPhone. Ringing Bells was set up in September 2015 and began selling mobile phones via its website a few weeks ago under its Bell brand, a spokeswoman said.

“This is our flagship model and we think it will bring a revolution in the industry,” she said.

Ringing Bells currently imports parts from overseas and assembles them in India but plans to make its phones domestically within a year, the spokeswoman said.

Cheap smartphone handsets, many of them Chinese-made, are readily available in the Indian market but domestic competitors are making inroads, with models selling for less than $20.

India is the world’s second-largest mobile market and notched up its billionth mobile phone subscriber in October, according to the country’s telecoms regulator. But in poorer Indian states such as Bihar, “teledensity”—the penetration of telephone connections for every 100 people—is as low as 54 percent, with a stark urban-rural divide.