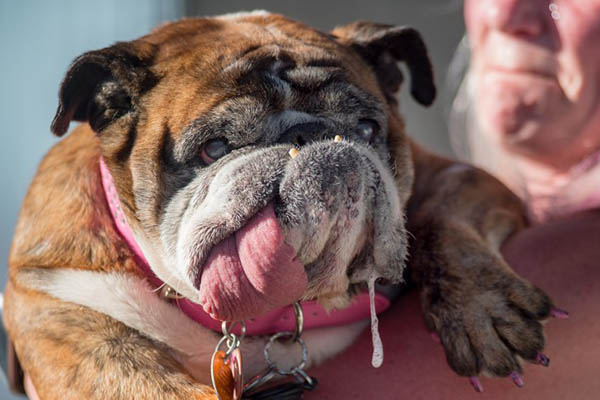 Zsa Zsa’s 15 minutes in the limelight are over: the copiously drooling English bulldog named the World’s Ugliest Dog just weeks ago has died.

The dog won the ugliness title at a contest last month in Petaluma, California.

Brainard told CNN then that the dog slobbered a lot because it had trouble keeping its tongue in its mouth. Its upper teeth were almost horizontal and it also had a pronounced underbite.