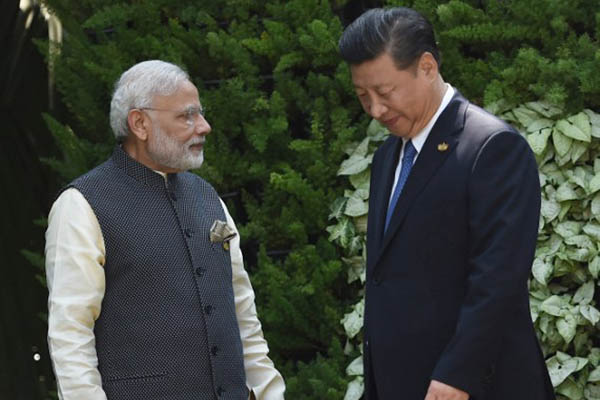 Despite pledges of cooperation, Beijing refuses to back down from blocking New Delhi’s entry to Nuclear Suppliers Group.

Meeting on the eve of a BRICS summit of leading emerging nations, Modi and Xi agreed to further cooperate to combat “terrorism” and to work to reduce India’s gaping trade deficit with China. But Indian foreign ministry spokesman Vikas Swarup said there was no resolution on China’s decision to block India’s entry to a nuclear trade group.

India wants to become a member of the 48-nation Nuclear Suppliers Group (NSG) to get better access to low-cost, clean energy, which it says is important for its economic growth. But China has so far declined to back India’s request, saying it wants to wait until a consensus emerges at the group.

“Our broad concerns in the current state of the relationship were conveyed to the Chinese side,” Swarup said after the meeting—their third this year—in the Indian beach state of Goa. “The intention was that both sides would narrow down the areas of difference since the commonalities far outweigh [the differences],” he said. “Our expectation and hope is that China will see the logic of what we are saying.”

New Delhi was also frustrated earlier this year when Beijing blocked its request to add a Pakistani militant group chief to a U.N. sanctions blacklist.

India accuses the Jaish-e-Mohammad rebel group of involvement in a deadly attack on an Indian airbase in January and more recently a raid on a army base that killed 19 soldiers. Islamabad denies any involvement in either.

China enjoys close relations with Pakistan and is pursuing a slew of infrastructure projects there. Modi is keen to secure Chinese funding to fulfill his election pledge to overhaul India’s crumbling railways and other infrastructure.

But the world’s two most populous nations are jockeying for influence in Asia and their relationship is colored by territorial disputes at both ends of the Himalayas. They fought a border war in 1962 over the northeastern state of Arunachal Pradesh, parts of which Beijing claims as South Tibet.