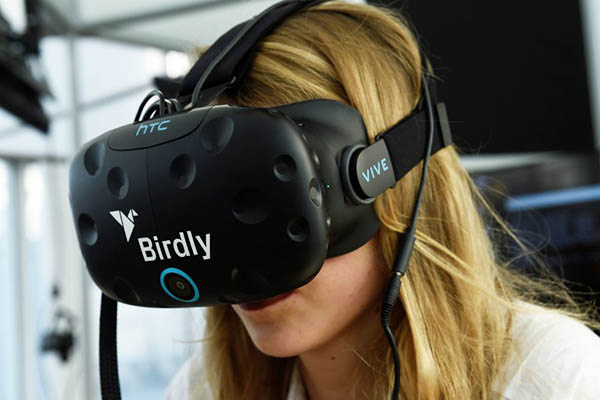 The first wave of virtual reality cinemas, heralding what their creators claim will be an entertainment revolution, rolls out across the world this month.

The first screening room in France opened on Wednesday and several others are promised for Beijing, Shanghai and Los Angeles in the next few weeks. Like the early days of cinema, virtual reality is still something of a novelty sideshow. But not for long, its supporters claim.

“Film as we know it will be dead in the next five to 10 years,” said the founder of the world’s first VR cinema in Amsterdam. “It’s a whole different way of telling the story. I think it is really what we are moving towards in the entertainment world,” Jip Samhoud told AFP.

Elisha Karmitz, who is behind the MK2 screening room in Paris, insisted “that the VR revolution is already happening. 2016 is year zero of this revolution.”

In a glass cube inside a MK2 cinema near France’s national library, viewers can choose between HTC Vive, Playstation VR and Oculus Rift headsets, or they can go for “full body immersive” simulators. For 12 euros you can feel what it is like to fly like a bird for 20 minutes through a forest of New York skyscrapers in the film Birdly.

Lying flat on your stomach suspended from the ceiling, you change direction with electronic “wings” placed on your arms, and speed up by flapping them faster.

MK2, which has signed a deal with the acclaimed Chinese film director Jia Zhangke to produce more content, predicts that with the cost of producing VR film falling, its time is coming fast. Keen not to be left behind, Hollywood is also investing in the technology, with a few minutes of the new Assassin’s Creed film already available in VR. There is also a Star Wars-inspired game in which the viewer becomes an X-wing fighter pilot like Luke Skywalker.

Analysts argue that more and more conventional films will be released with spin-off VR sequences. U.S. 3D giant IMAX announced earlier this year that it is planning to open six VR locations worldwide in malls and multiplexes, with the first destined for Los Angeles. Its first British VR center is due to open in Manchester later this month, with another expected in China.

The VR headsets it will use—created by Swedish company Starbreeze—give a 210-degree field of vision, nearly twice that offered by Oculus Rift and HTC Vive sets, it claimed. IMAX is also working with Google to create a cinema-quality VR camera, expected to be ready for commercial use towards the end of next year.

However, with VR cinemas in their infancy, it is unclear whether gaming-based formats—which are already hugely popular in Asia—will dominate.

As yet all we have to go on is the experience of Samhoud’s cinema in Amsterdam, which has welcomed 60,000 visitors since it opened in February. His cinema has 50 custom-made chairs, which turn 360 degrees so the viewer, who is given special VR glasses, can move around in their seat and watch the action around them.

“The big difference with 3D is you lean back to see the action, whereas in VR you lean forward because we are putting you right into the heart of the story,” said Samhoud.

Moviegoers pay 12.50 euros for a 30-minute show, with a variety of genres on offer from horror to an environmental documentary to a kid’s show where you can swim with dolphins.

Samhoud’s company is now focusing on filming its own content, keen to get in on what it sees as a rapidly expanding market. Last week it signed a deal with Chinese media giant Gome Group to distribute films to 100 VR cinemas there, with the first to open in Beijing and Shanghai in late December. Plans to expand to Russia and India are also in the works.

Whatever its future, what appears certain is that VR will change utterly the collective experience of going to watch movies. Every person experiences a VR film differently, said Samhoud, because they see it from different angles. “So I might be looking at the nice girl on the left, whereas you are looking at the painting on the right.”