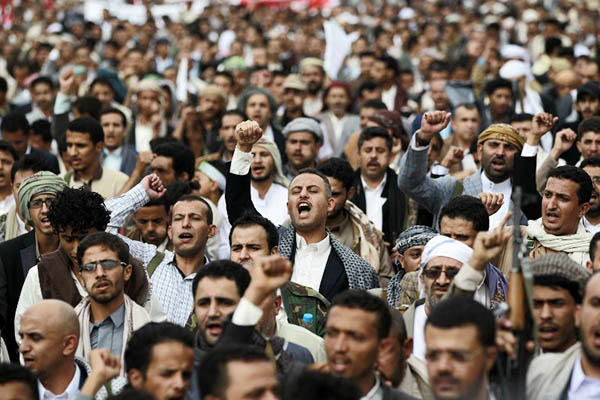 The ICRC voiced particular concern over worsening clashes in the southern governorates of Taiz and Aden, where Saudi-backed forces loyal to exiled President Abedrabbo Mansour Hadi have made major gains. “The suffering of the civilian population has reached unprecedented levels,” the ICRC’s mission chief in Yemen, Antoine Grand, said in a statement.

In Aden and Taiz, “it is becoming increasingly difficult for us to reach affected areas, to evacuate the dead and the wounded and to provide life-saving assistance,” Grand added.

The aid group urged both pro-Hadi forces and the Iran-backed Houthi Shia rebels with their allies to let humanitarian groups work.

Heavy fighting forced a four-month closure of Aden’s international airport, what had been a vital landing point for aid headed to embattled south Yemen. The recent gains made by Hadi loyalists allowed the airport to reopen this week.

Four aircraft reportedly carrying humanitarian supplies have since landed in Aden, although the airport came under fire from Houthi rebels on Thursday as a Saudi plane was unloading its cargo.

The ICRC warned that as the fighting escalated, so too did “shortages of water, food and fuel across the country.”

A boat chartered by the Red Cross and loaded with humanitarian supplies successfully docked in Aden’s port on Thursday. The group insisted aid should not be held hostage by the shifting situation on the ground. “All sides must facilitate our access and respect our mandate,” the ICRC said.