Home Latest News ‘You Are Not Alone’

‘You Are Not Alone’ 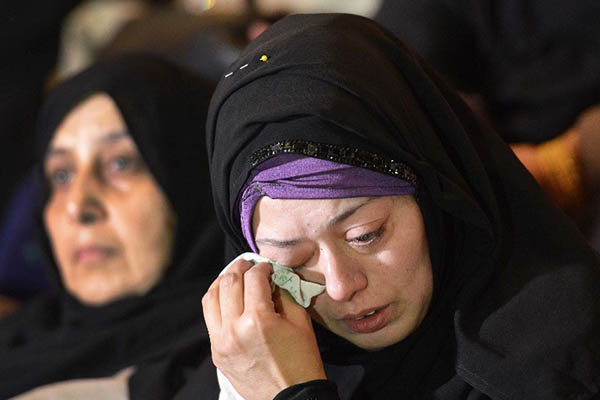 The survivors of Pakistan’s deadliest ever terror massacre have expressed solidarity with the victims of the Paris attacks, describing those responsible as “animals” who had “nothing to do with Islam.”

On Dec. 16, 2014, a team of Taliban gunmen coldly slaughtered 150 people, more than 130 of them children aged between nine and 19, at a school in Peshawar in an assault that shocked and outraged a country already scarred by nearly a decade of extremist attacks. France witnessed its own version on Friday night, with shootings and suicide bombings on bars, restaurants and a sports stadium that killed 129 mostly young people.

At a monthly gathering for survivors of the school attack in Peshawar on Monday, Syed Shah, the father of one of the victims, said that when he saw the news from Paris broadcast on local TV “our whole family cried for hours.”

“It took us back,” he said. “We feel the pain of the French better than anyone, because we know it.”

Another student shouted in anger against the “animals” who killed her friends in the northwestern city and had “nothing to do with Islam”—a sentiment expressed repeatedly by parents at the meeting in reference to the Paris attacks.

The solidarity with France appears uniform across Pakistan—unlike after January’s assault on the French satirical magazine Charlie Hebdo, in which gunmen killed 12 people over controversial drawings of Islam’s Prophet.

The depictions of the Prophet sparked protests in the Muslim-majority country.

However, following the events on Friday, comments by religious and political leaders, the government and on social networks have roundly condemned the Paris attacks.

Peshawar student Azam Mehmood said he found it “hard to believe” that such violence could strike in the heart of Paris, capital of what he—like many Pakistanis—believed to be a “highly developed, peaceful and secure country.”

Others told of the Taliban raid at the Army Public School in Peshawar in stories closely mirroring the accounts of Paris survivors. Chemistry teacher Andalib Aftab lost her 16-year-old son as well as many students in the Peshawar attack. She said tearfully during Monday’s meeting that she wants to “tell the French they are not alone.”

GOD IS LOVE. LOVE IS GOD.GOD IS GREAT. .