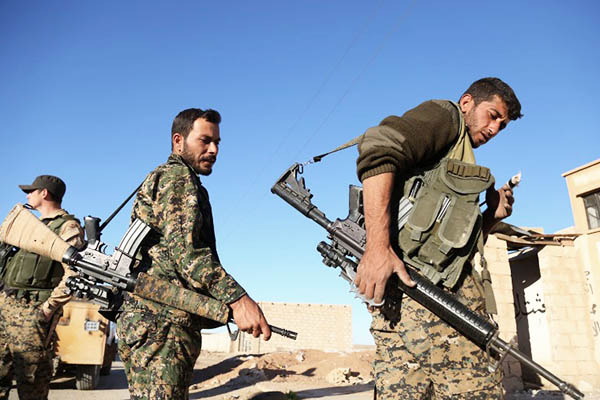 Young Arab people see the rise of the Islamic State group as “the single biggest challenge” in the region, a survey published Tuesday said, with respondents prioritizing stability over democracy.

Fifty percent regard I.S. “as the biggest obstacle in the region, up from 37 percent last year,” the study published in Dubai said. “Three in four Arab youth are concerned about the rise of Daesh,” it said, using an Arabic acronym for I.S. But “just one in six believes the terrorist group ultimately will succeed” in establishing a state, it added.

U.S.-based polling firm Penn Schoen Berland interviewed 3,500 men and women aged 18 to 24 from across the Arab world between Jan. 11 and Feb. 22 for the survey. I.S., which has attracted tens of thousands of fighters to its ranks, has seized large swathes territory in Syria and Iraq and claimed deadly attacks both in and outside the region. “A quarter of young people believe that a lack of jobs and opportunities are the main recruitment drivers” for I.S., the survey said.

Five years since the Arab Spring uprisings erupted, 53 percent of participants said that “promoting stability in the region is more important than promoting democracy.” But two thirds of respondents also demanded that their leaders do more “to improve their personal freedoms and human rights,” the study said.

“In 2016, just 36 percent of young Arabs think that the Arab world is better off following the uprisings, down from 72 percent in 2012 at the height of unrest,” it added. Meanwhile, 47 percent of respondents said relations between Islam’s Sunni and Shia sects have worsened over the past five years.

The Arab Spring uprisings that started in Tunisia with calls for democratic reform have spiraled into conflict and chaos in several countries across the region. The unrest has been exploited by several jihadist groups, notably I.S.