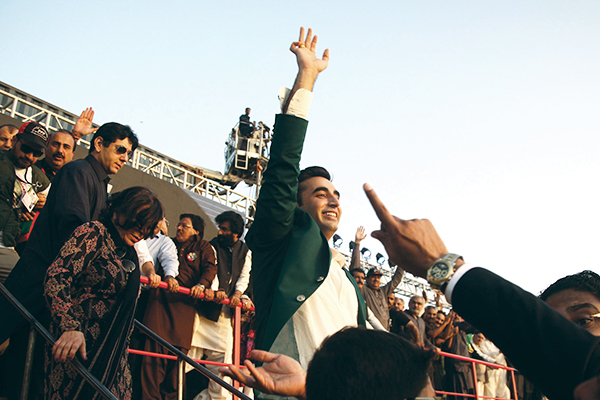 Billed as his for-real debut as a full-time politician, Bilawal Bhutto Zardari, 26, spoke at great length at his party’s rally at Jinnah’s mausoleum to commemorate the seventh anniversary of Pakistan’s worst-ever suicide bombing—which had targeted his mother, Benazir Bhutto, who was assassinated in another bombing two months later. He took the usual shots at Nawaz and Shahbaz Sharif, Imran Khan and Tahir-ul-Qadri, the judiciary, and two of Pakistan’s four military rulers past. But he also hit out, again, at the MQM, which has been a coalition partner with Zardari’s PPP government in Sindh for the better part of seven years now. Zardari squarely blamed Karachi’s ills on the MQM, prompting it to abandon the coalition. Former president Asif Ali Zardari is trying to patch things up, but his son isn’t backing down: five days after the rally, the younger Zardari said the PPP really did not need the MQM. Zardari should heed the wisdom of his father.