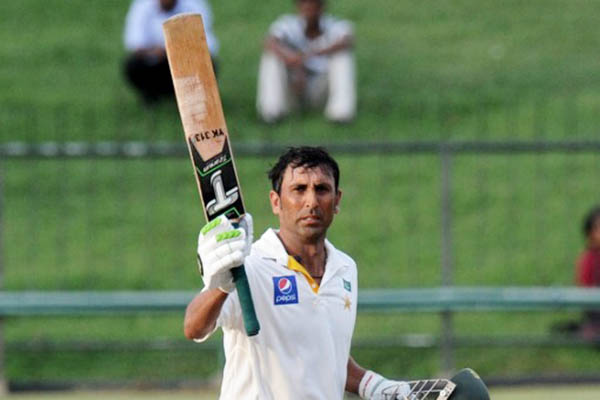 Batsman will continue to play Test cricket for national team.

Batsman Younis Khan ended his one-day career after the first day-night international against England in Abu Dhabi on Wednesday, scoring just nine in his last match.

The 37-year-old had wanted to leave the format on a high after he was selected in the 16-man squad for the four-match series against England despite patchy recent form but his wish remained unfulfilled. He fell caught at mid-on by Adil Rashid off seamer Reece Topley.

Earlier in the day Khan announced Wednesday’s game would be his 265th one-day international, nearly 16 years after making his debut against Sri Lanka in Karachi in February 2000. He has scored 7,249 runs with seven hundreds and 48 half-centuries in one dayers, but managed just 72 runs in his last six games—all this year.

“He will retire from one-day cricket after Wednesday’s game and he has conveyed this to us,” team manager Intikhab Alam told AFP earlier in the day.

Khan had retired from Twenty20 cricket after leading Pakistan to the World Twenty20 title in England in 2009. He was subsequently out of the one-day squad for most of 2013 before being selected for the tour of Sri Lanka in June last year. He managed to score just three in the only match before he had to return home following the death of his nephew.

Khan said he had consulted with those close to him before reaching the decision. “I am proud to announce that after playing for Pakistan for 15 years I am announcing my retirement. I consulted with my close friends and family members before taking this decision,” he said in a statement. “As a batsman I played a positive role in the team’s wins in one-day cricket and now I realize that it’s time to keep myself away from limited overs cricket. I hope that the young player who takes my place will keep the traditions which I have set on never compromising over discipline and fitness. I thank all my teammates and team management for their cooperation throughout my career,” said Khan, who will continue to play Test cricket.

“It’s always a tough decision for a player to retire. I played my cricket with sincerity and discipline and see Pakistan’s future as bright and am sure that youngsters can fill in. Pakistan became world champions in the past and still has the capacity to become champions of the world again.”