Home Opinion Your Ally Needs You

Your Ally Needs You 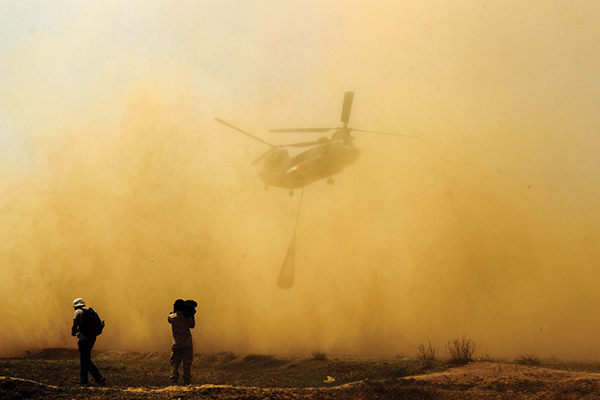 The world must do more for Pakistan.

[dropcap]A[/dropcap]nger‚ like water‚ has a hydraulic force when left unattended. Pakistan is hungry‚ and soon‚ much of it will be angry. It will hold government‚ God, and graft responsible for the deluge that has swallowed more than one fifth of its earth. That anger may find dangerous spillways‚ and break dams that the floodwaters couldn’t.

The problem is the scale of the humanitarian tragedy. Entire swathes of Pakistan‚ more people than in the whole of the Netherlands‚ are sinking with their livelihoods under the swollen Indus. The less obvious problem is that no government or citizens’ organization can cope with the sheer enormity of the disaster.

Hunger makes killers out of innocents, as the attacks by starving mobs on relief trucks all over the country show. All provinces carry tales of unprecedented tragedy‚ and the wheels of relief run desperately to catch up with the biblical tide. As local organizations emerge to feed‚ clothe and give shelter to hundreds of thousands of stranded people‚ an upcoming worry is whether Pakistan can plug its gaping institutional deficits in planning‚ governance and coordination for the next phase‚ when world attention will have drifted away. Pakistan’s prognosis for the long haul is frightening.

Soon‚ only the government‚ military and a few NGOs will remain in the field‚ and their capacity limitations to meet the rehabilitation and reconstruction work will frustrate progress. To mobilize more support at home and abroad‚ the government will have to ensure greater transparency in relief administration.

Yet one of the big questions roiling public discourse will be about the international community and its dismal contributions. It won’t matter then why the Pakistan government couldn’t do enough, or how its reputation kept donors shy. Its credibility will hang in the balance anyway if it doesn’t push harder for credible local solutions and reprioritizing.

What will set the stage for a new narrative of exclusion are questions about commitment. When Pakistan was gasping for air‚ what did its friends and allies actually do? What will matter is who saved it from drowning with big-ticket acts of support. And leading the charge will not be the educated but effete chatterati‚ but the people who vote.

Even though half of Pakistan is not literate‚ the nation is heavily invested in political discourse. The urban street and the village squares are addicted to adroitly marshaled arguments mixed in with their masala chai.

An upcoming worry is whether Pakistan can plug its gaping institutional deficits in planning, governance and coordination for the next phase, when world attention will have drifted away.

If Haiti could be given breathing space for its debt, Pakistan’s idolized TV talk show hosts will ask, why can’t Pakistan? If U.S. and EU trade barriers can be removed for non-allies‚ why not for Pakistan? If the Asian tsunami could attract that much aid‚ why not this tragedy? Is a $15-billion reconstruction fund too much to ask from allies when they see billions burning up in a war gone south next door in Afghanistan? If a government is good enough for a strategic alliance‚ is the country not good enough to save?

Timing is everything. If international aid is slow to trickle in‚ all the good done by the Chinooks and volunteers from the U.S.‚ the U.K. and other countries will go unsung. The U.N.’s call for $460 million for immediate relief has been funded by just over half of that. According to the U.N. Office for the Coordination of Humanitarian Affairs‚ funding is only available to meet 46 percent of food security goals‚ 39 percent of health‚ 32 percent of water and sanitation‚ and 37 percent of shelter and no-food needs.

As the mathematics of disaster tells us‚ the risks to Pakistan are huge. At least 17 million are affected and some 7 million people will remain homeless for a long time. Such a march of humanity could render even the most stable country volatile. Relief camps all over the country‚ including cities as far south as Karachi‚ are already flammable with social unrest‚ disease outbreaks and tensions over scraps of food and survival kits.

The removal of the last energy subsidies and higher taxes will break the back of the common‚ middle-of-the road Pakistani. The country does not deserve a flood tax. It needs better governance and more resources. And in stepping up to the plate‚ it is the global community that needs to do more.

Rehman is president of the Jinnah Institute, member of the National Assembly, and a former information minister. From our Sept. 6‚ 2010‚ issue.