Home Culture Your Dog Can Remember What You Did

Your Dog Can Remember What You Did 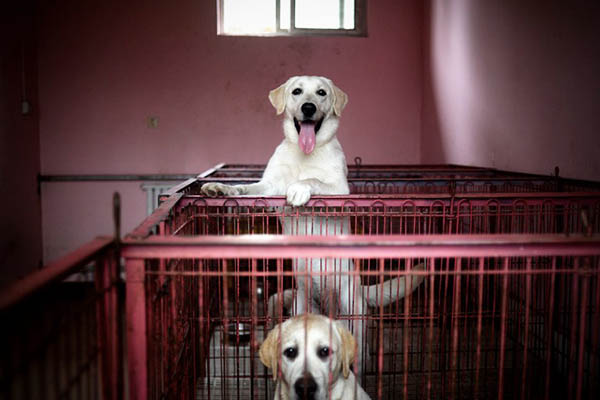 New study finds most canines can recall what people have done around them in the recent past.

When it comes to having a short memory and getting easily distracted, dogs often get a bad rap. A study out on Wednesday suggests their recall ability may be deeper than previously thought. In fact, they appear to be able to remember what people did in the recent past, said the report in Current Biology.

This kind of recall is known as episodic memory–the ability to mentally travel back in time and remember details about an event. It has been shown to exist in humans and primates, but never in dogs until now.

“It is not possible to simply ask them, ‘Do you remember what happened this morning?’” said lead researcher Claudia Fugazza. So she adapted a training technique she pioneered called “Do As I Do” for the study, which allows dogs to answer with their behavior.

For this study, 17 dogs were first trained and rewarded in the method. Then they were trained to lie down no matter what actions their human trainer did.

Suddenly, the trainer would say, “Do it,” and the dogs would repeat the action they saw earlier, without reward.

Fugazza, who works with one of the largest dog research outfits in the world, known as the MTA-ELTE Comparative Ethology Research Group in Budapest, Hungary, said the method goes beyond imitation to probe if a dog can unexpectedly remember an action from the past. “Dogs trained with this method can imitate their owners’ actions even after a delay of 24 hours,” she said. “Thus, giving dogs the ‘Do it’ command after a delay is in a way similar to asking them: Do you remember what your owner did?”

The result is “the first evidence of episodic-like memory of others’ actions in a non-human species, and it is the first report of this type of memory in dogs,” the report in Current Biology said.

Fugazza, who has also trained dolphins, orcas and parrots to mimic human behavior, believes further study could show that this kind of memory exists in many other animals, too.

The dogs studied included a variety of breeds and mixtures. They were able to recall their trainer’s actions one hour and up to one day later, but beyond that, their memories began to wane, the study said.

Questions about the depths of dog memory have stirred debate in the scientific community. Some experts have said episodic memory does not exist in dogs, because canines have no sense of self and they appear to live in a kind of eternal present. Others say evidence is mounting that dogs have episodic memories, and it makes sense because they are social animals.

“Dogs have great memories of a lot of events and this study shows that we’re still learning just how good their memory really is,” said Marc Bekoff, a behavioral ecologist and former researcher at the University of Colorado. “Dogs need to be able to learn and remember what their human wants them to do, and there won’t always be an immediate association of the events in time,” added Bekoff, who was not involved in the study. “So, it is not surprising to me that dogs can remember the ‘Do it’ request after a period of time even if they weren’t expecting to be asked to do something.”

According to Gema Martin-Ordas, a fellow at the Newcastle University Institute of Neuroscience, the study is “interesting” but may miss some of the complexity involved in episodic memories. “When we remember past events, we remember not only what we were doing [e.g., eating] but also where [e.g., in the kitchen], who was there [e.g., my mum] and/or when [e.g., yesterday],” she told AFP via email. “In that regard, their study shows memories for the ‘what’ but I believe it is missing some of the other components.”

Still, the idea is “worth exploring,” she added. “Testing whether memories keep decaying with longer intervals and whether more complex memories decay after similar retention intervals would be very interesting.”