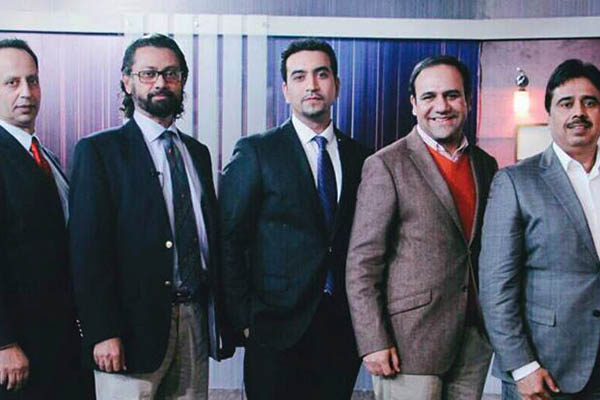 Investors and entrepreneurs battle it out as Pakistan’s ‘Shark Tank’ kicks off.

Hoping to encourage greater participation in entrepreneurial ventures across Pakistan, NEO TV and the Chaudhry Muhammad Akram Center for Entrepreneurship Development (CMACED) at Lahore’s Superior University have partnered up to produce and broadcast the debut season of investment show Idea Croron Ka. A first for Pakistan, the show aims at lending credibility and mass appeal to the country’s rapidly growing I.T. and entrepreneurship sectors.

Conceived and announced in late 2015, Idea Croron Ka is modeled off widely popular shows such as ABC’s Shark Tank and BBC’s Dragon’s Den and follows a similar model: Three investors listen to entrepreneurs pitch ideas before making offers for investment in exchange for an equity stake in their startup. These investors then provide seed funds and mentorship to the curated startups, while seeking out individuals they feel they can work well with. The show will also feature a regular segment showcasing individuals that have persevered through hardships before achieving success.

Dubbed ‘Pakistan’s First Business Reality Show,’ Idea Croron Ka is hosted by Nabeel Qadeer, former director of entrepreneurship at the Pakistan Institute of Technology Board (PITB), and is supplemented by Dr. Umar Saif, the PITB’s go-getter chairman. Saif, in his role as business expert, will provide entrepreneurial advice to startups before they pitch their ideas to ensure that the quality of their business plans is sound.

Saif’s involvement adds gravitas to the show, with his well-publicized support for startups proving an integral component to today’s entrepreneurial market and inspiring unparalleled innovation and problem solving techniques in Pakistan’s specific context. “In Pakistan, we need to develop a culture of entrepreneurship, with young people developing an appreciation, appetite and skill to dream up ideas and develop high-tech startups as viable businesses. This show is an important step to develop this culture and spread the germ of entrepreneurship in our youth,” he says.

The investors who make or break startups on the show come from various backgrounds and look to strengthen their investment portfolios by funding startups that fall within the verticals they are interested in. In each episode, Naeem Zamindar, country head and CEO of the Acumen Fund in Pakistan, Salim Ghauri, founder and CEO of NetSol, and Humayun Mazhar, founder and CEO of Crescent Ventures, will listen to three entrepreneurial pitches by handpicked startups before making spot decisions on whether to proceed with funding and mentoring them. The show also expects to feature guest investors over the course of its first season.

The Pakistani startup ecosystem has grown exponentially over the last few years, with auto portal PakWheels raising $3.5 million in 2014, job portal Rozee.pk securing $6.5 million in 2015, and real estate portal Zameen.pk locking in $20 million in Series C funding last January. Through shows like Idea Croron Ka, producers and entrepreneurs hope that this momentum can be recognized, celebrated, and sustained for the future.

Editor’s Note: The author of this piece, deputy editor of Newsweek Pakistan, is the son of Humayun Mazhar, who is mentioned herein.

Girls Must be Protected at School: UNICEF Chief