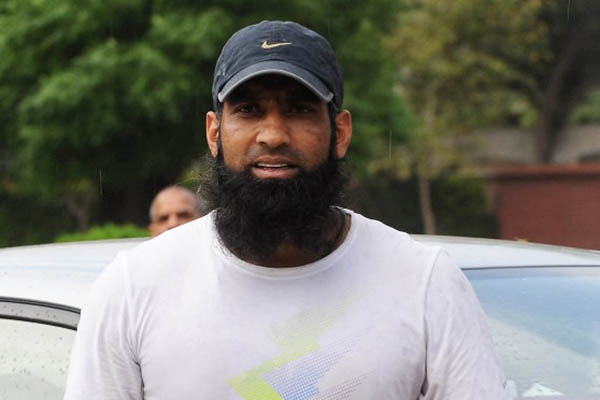 The allegation relates to a match between Islamabad United and Peshawar Zalmi in Dubai in February, in which Khan scored a single off four deliveries including two dot balls (balls off which no run is scored). The Pakistan Cricket Board has accused him of agreeing to a spot-fixing plan and of failing to report an approach, charges punishable by a ban ranging from five years to life.

A three-member tribunal headed by a retired judge is investigating the scandal.

“I have played cricket myself and on that experience I can say that no one can play dot balls on purpose like this,” Yousuf, who played 90 Tests and 288 one-day internationals, told the media, summarizing the evidence he said he gave to the tribunal. “Sharjeel played both the balls on merit and he played forceful shots on both and one [stroke] could have resulted in a single. Had he wanted to play a dot ball he would have either left it or played with a dead bat.”

Yousuf called for officials to present more proof, “or else don’t make fun of players.”

Spot-fixing involves attempts to determine the outcome of a specific part of a match rather than the overall result, and is therefore harder to detect than match-fixing. Bowlers Mohammad Irfan and Mohammad Nawaz, who also featured in the second edition of the Twenty20 tournament, have so far been suspended for failing to report offers to fix.

The fate of batsmen Khalid Latif, Nasir Jamshed and Shahzaib Hasan has yet to be decided.