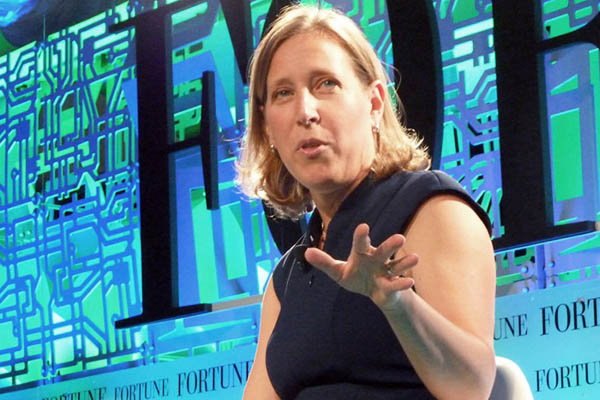 Wojcicki said she is pleased with the growth in people watching videos on the service, and that YouTube still stands apart even though Facebook claims to have more video views. “We have an amazing base, we have over a billion users,” she told the Fortune Brainstorm Tech conference. “Our watch time year on year is growing over 50 percent… It is still accelerating.”

Wojcicki said there is also a qualitative difference between watching video on Facebook compared with YouTube. “Facebook views are different. They are in a feed. They are auto play,” she said. “Our users are actually clicking. We want our users engaged. We want them not just channel surfing. We want them to say ‘I saw that video, I cared about that video. I commented on it’.”

Wojcicki said it is not a surprise that Facebook and others are getting into online video because it is “a huge market” and especially strong among young people. “The younger generation is migrating a lot more to online video,” she said. “Facebook and Twitter have all recognized this is a big opportunity [and] are coming into the market.” Additionally, she said for many young audiences, the top stars “come from YouTube, they don’t come from Hollywood.”

Wojcicki declined to comment on YouTube revenues—the subject of much speculation among analysts—but said “we are seeing really good growth.”

Asked about her three top priorities, she said they were “mobile, mobile and mobile,” and said the company was working to make the experience better for people watching on smartphones and tablets.

Wojcicki also said YouTube will make a public launch of its subscription music service later this year after beta testing. She said this would have some advantages over rival services from Apple, Spotify and others because of the large YouTube catalog and the video. “We have videos [with the music] and it’s really magical to see that,” she said. “And we have user-generated clips and all the covers” of major songs.

YouTube last year launched a test version of its Music Key service, and Wojcicki said the public launch will be later this year. In the new service, which will launch later this year, she said, “users can see the music [videos] ad-free, they can hear the music offline,” and also keep music playing while they do other tasks on their mobile devices.

Wojcicki said YouTube is open to other acquisitions in music to make its service better. “Anything that helps us move faster,” she told the conference in Aspen, Colorado.