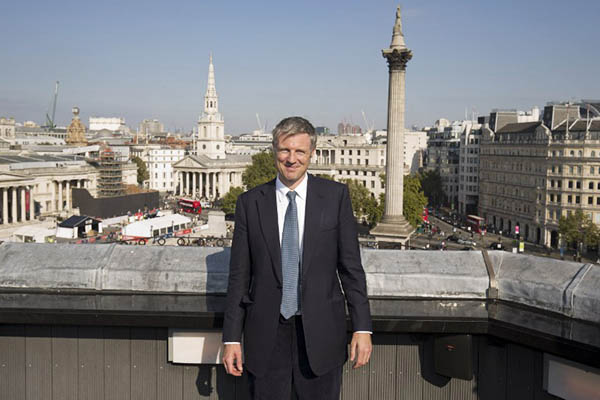 Leading euroskeptic says he wants to focus on housing crisis in the metropolis.

Britain’s Conservative Party on Friday selected M.P. Zac Goldsmith, an environmental campaigner and billionaire’s son, to be its candidate to replace Boris Johnson in the London mayoral election next year.

The selection was conducted through an online primary in which Goldsmith won out against three rivals, garnering 70.6 percent of the vote. Goldsmith, who is also a leading euroskeptic and the former brother-in-law of Pakistani cricketer-turned-politician Imran Khan, said in a party statement that his priority would be the “housing crisis.”

“Londoners are being priced out of their city and we will need a step change in the number of homes built, and the manner in which they are built,” he said.

The 40-year-old also pledged more protection for and improvement of green spaces and to better air quality in the city.

Goldsmith is the son of the late billionaire James Goldsmith, who founded the short-lived euroskeptic Reform Party.

Britain’s main opposition Labour Party last month selected a Muslim former human rights lawyer, Sadiq Khan, as its candidate. Khan, 44, said he wanted to iron out inequalities in a city that is home to some of the world’s richest people, as well as some of Britain’s poorest.

Johnson, known for his shock of blonde hair and for introducing the “Boris Bikes” rent-a-cycle scheme in the British capital, will have served two terms as mayor by next year.