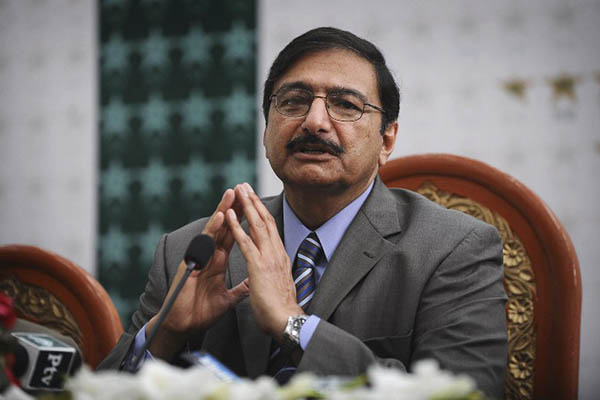 Pakistan’s cricket board underwent further turmoil on Saturday after the Islamabad High Court suspended a management committee appointed by the prime minister and reinstated Zaka Ashraf as its chief.

It is the third time Ashraf has been reinstated since May last year.

Judge Noorul Haq Qureshi heard around 25 petitions from the employees of the Pakistan Cricket Board (PCB) who were sacked by Sethi, and read out his decision in the court. Ashraf’s lawyer Karim Kundi said the court decided to revert to the situation of Feb. 10.

“The notification of Feb. 10 has been struck down as null and void as it was illegal, and as natural consequences Ashraf and other board staff who were superseded by the order are reinstated,” said Kundi.

The Ministry of Inter-Provincial Coordination, which oversees sporting matters in the country, is likely to challenge the decision next week.

The same Islamabad court had suspended Ashraf in May last year, ruling his election “dubious.” Sethi was appointed PCB chairman in June. Ashraf appealed against the decision and was reinstated on Jan. 15 this year, before Sharif again sacked him a month later.

The frequent changes have made Pakistan the laughing stock of international cricket. The Supreme Court earlier this year refrained from taking the case ahead, suggesting that the government has the authority to initiate changes within the PCB.