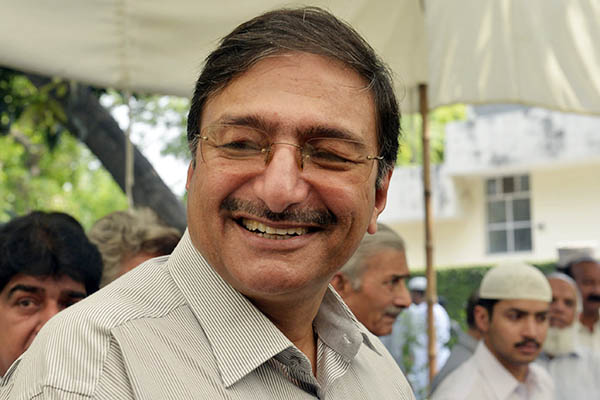 Reinstated cricket chief says he will review all decisions taken by Najam Sethi, including hiring of Waqar Younis and Grant Flower.

Reinstated cricket chief Zaka Ashraf took charge of the national board on Monday, with the future of national head coach Waqar Younis and batting coach Grant Flower hanging in the balance.

Ashraf was restored to the chairmanship of the Pakistan Cricket Board (PCB) by a court ruling on Saturday, reigniting the chaos that has raged for months among the game’s administrators.

Ashraf has said he will review all decisions taken in the last three months by Najam Sethi, the man thrown out as chairman by the Islamabad High Court order. In a detailed ruling issued Monday, the court cancelled all decisions taken by Sethi’s team, including the appointment of Younis and Flower, as well as chief selector Moin Khan and spin bowling coach Mushtaq Ahmed.

“The court judgment says that all decisions in my absence are nullified but I will review them,” Ashraf told reporters at PCB headquarters in Lahore. Flower and Ahmed were appointed only last week, while confirmation of Younis’s return for a second spell as head coach came on May 6.

Pakistan faces a busy summer of preparations as it looks to build its talented but raw side into serious contenders for next year’s World Cup.

This is the third time Ashraf has been reinstated as PCB chairman since being suspended last May over doubts about his election—all decisions taken by the Islamabad High Court. He has alternated with Sethi in the post, throwing the running of Pakistani cricket into turmoil at a crucial time for the sport internationally.

The International Cricket Council (ICC) introduced major changes to the sport’s governance and financing earlier this year, handing significant powers to the so-called “Big Three” of India, England and Australia. Pakistan abstained on the matter at an ICC meeting in February but last month offered “conditional support” for the plan, a move Ashraf said he would now look at again.

“My principle stance was that the revamp is not good for international cricket but now if the PCB [led by Sethi] has signed the draft we will only look into it and not make Pakistan a laughing stock,” he said. The proposal will be formally approved at ICC Annual conference in Australia next month.